2 Formula Drift Is Back in Business This Weekend, Round 2 Is All Set for Atlanta

5 Formula Drift Pontiac Trans Am Feels Like a Perfect CGI Match for Torque Drift 2
Car video reviews:
Up Next

Drifting in the USA: Ryan Sage Talks About Remarkable Journey of 19 Years to FD Success

Formula 1 has been around since 1950. So it's no wonder it's one of the most popular forms of motorsport on the planet. It takes time to build a strong championship that is going to draw in a huge audience. Jim Liaw and Ryan Sage founded Formula Drift back in 2003. It was a time when drifting wasn't a global phenomenon yet. But over the last 19 years, they've transformed it into one of the strongest drift series in the world.
33 photos

I became aware of the existence of FD about 15 years ago, and I've been following it ever since. The series has had an amazing evolution since its inception. And I knew that an interview with Ryan Sage, the current president of Formula Drift, would shine some light on what is needed to become so successful.

Ryan has been around since day 1 of Formula Drift, so I asked him about their inaugural event. It took place in April of 2004, at Road Atlanta! "It was an eye-opening experience because drifting was unknown at that point," he recalls.

Moving on to Irwindale further strengthened the belief that the team was on to something. People had favorable reactions, even though drifting in the United States was still in its infancy at the time.

At the time, Ryan was only 23 years old, but together with Jim, they realized that drifting had serious potential. Of course, their intuition played a role in the whole thing, as they didn't fully imagine how big drifting would become.

Trying to put on the best possible events and being passionate about their roles, things just clicked naturally. The development of the media component was crucial for the sport, as TV coverage brought in more fans that were curious to learn about this new sport.

They realized that they had a potentially huge brand on their hands, so they needed to figure out the right direction forward. Ryan mentioned that even though we are currently looking at Formula Drift's 19th season, the series is still in its early maturation stage.

FD has grown more in the past five years than it has in the first fifteen, and the best is yet to come. "It's all really interesting and fun at the same time. I never anticipated I'd do this for 20 years!".

Having a passion for what you do is going to play a major role in the outcome of any project you plan on starting. As Ryan grew up with action sports close to his heart, he always wanted to become a professional athlete himself.

While he never got to that point, he does enjoy being a contributing factor to other people living their dreams through Formula Drift. Having that kind of experience year after year has helped fuel his commitment to the sport and the industry created around it.

I'd love to tell you the whole history of Formula Drift one day, talking about every significant moment since its inception. But that kind of story would probably be a book in itself, so I asked Ryan to swiftly take us through the important phases of the past 19 years.

The first phase was something along the lines of: "What is this? Will it work?". Phase two was all about brand identity, who they were as a brand, and the potential of becoming a cultural icon.

Phase three was all about maturation, trying to establish Formula Drift as a force to be reckoned with in both motorsports and car culture. Right now, in phase four, the plan is to scale out and arrive at critical mass.

Embracing social media and Livestream opportunities has led to securing a close connection to an evergrowing fanbase of young people. Also, open rights for drivers to promote themselves and their sponsors have played a big role in the development of the series.

Talking about difficult moments in the history of Formula Drift, Ryan mentioned the 2008 financial crisis and the global pandemics. "The last crisis we went through almost destroyed the business, but there's a silver lining here."

While other businesses decided to close down during the start of the pandemics, Formula Drift continued to move forward. Suffering significant losses, they braved through the storm and emerged stronger than before.

The first-ever Formula Drift Livestream happened almost by chance at Road Atlanta. "We were in the judging tower, and our sound guy said: Hey, can I Livestream this? We didn't even know what that meant". It started with just one camera angle and no editing. These days FD events are broadcast via YouTube, with millions of people watching each year.

With tens of thousands of fans coming to every race, Ryan acknowledges that his brain-child won't be surpassing NASCAR during his tenure. But drifting is still a growing phenomenon, and if we're to figure out where it's headed, it might help to learn more about its history.

That being said, we will be revealing more of the topics that we've discussed with Ryan soon as we continue to look at how drifting in the USA has grown over the past 20 years. 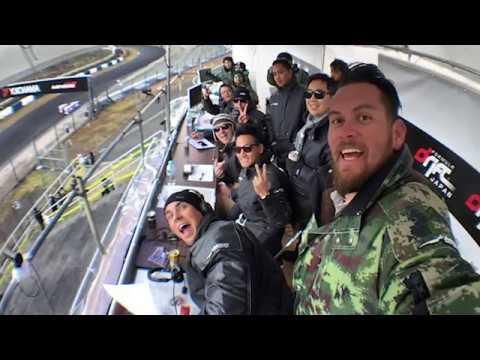 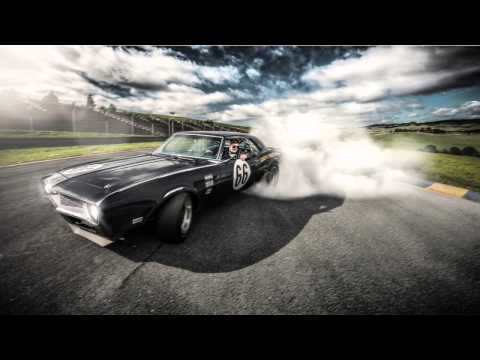