4 Build Your Very Own Gravity Bike From Junk: An Insane Adrenaline Delivery System

Home > News > Videogames
Cosmin Vasile
In a world of racing games that trade your energy for fun, there are games like Squid Drifter that promise to give players both energy and entertainment. A simple retro arcade racer, Squid Drifter has just been released on iOS and it’s free to download.
6 photos

Developed by atrium games, Squid Drifter is not your run-of-the-mill drifting game. Featuring a retro 1-bit pixel art style, Squid Drifter might not be as appealing as other arcade racers, but if you’re into retro-style games, you’re going to love this one.

Unlike typical racing games where you drive vehicles, in Squid Drifter you’ll be drifting through the air leading your squid through various courses in the shortest possible time. Because it’s intended to be a very simple game, it does away to enemies and items, so your attention can be fully focused on drifting the squid as fast as possible.

The folks at atrium games mention that their game actually uses a retro system similar arcade games of the past that challenges players to master timing and course taking. That’s all there is to the game: try to finish each level as quickly as possible by drifting the squid through the course using the shortest routes.

Another interesting game mechanic involves drifting traces. The squid leaves a trail on the course when it drifts, allowing you to use that trail as a guide for more aggressive cornering. Also, keep in mind that while Squid Drifter is completely free, ads will pop up after every few retries. 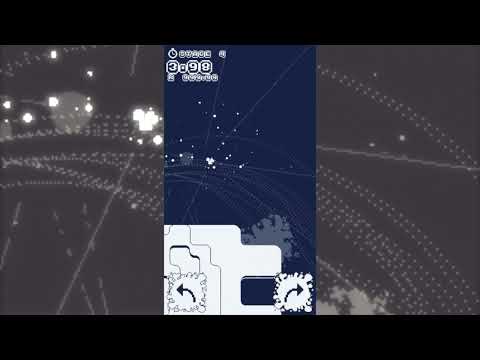