1 NHRA Funny Car Call Out - Take It Easy or Resolve a Grudge?

5 Two Top Qualifiers Win, Two Others Don't Come Close on the Dragstrip
Up Next

Home > News > Videogame Reviews
Dragos Chitulescu
The year was 2010. I was still in college, and one day I had the opportunity of going to an international drag racing event. It was then I first saw a vehicle that was capable of running the quarter-mile (402 meters) in slightly over 8 seconds. That's still the fastest Honda Civic I've ever witnessed live. Fast forward to 2013, I was watching a drag race event unfold at the Las Vegas Motor Speedway.
37 photos

While I've left drag racing behind in favor of drifting and time attack, it's always a sport I'd consider trying if the budget was there. You just have to give credit to the drivers competing in the NHRA, no matter the class they're in.
Living life a quarter of a mile at a time
Of course, most people will tend to keep a close eye on the Top Fuel Dragsters and the Funny Cars but the slower machines are quite exciting too. Building a car that can run the standing quarter-miler in less than 10 seconds isn't something anyone can just achieve in life.

And it gets even harder with the upper categories. Luckily, most people have access to a computer these days and that's our gateway to virtual excitement.

Plenty of video games have tried replicating the drag racing format over the years: the first one that comes to mind is Need for Speed: Underground. It was pretty basic, you'd just have to hit the sweet spot when shifting up and avoid blowing up the engine by the time it was all over.

These days, if you're looking to have a bit of straight-line fun you can also try Assetto Corsa or Forza Horizon 5 depending on your personal preference. But if you want the full NHRA experience, that won't be good enough for you.
Start with small steps
Fans of the sport are bound to have played games that are centered around it before. Strangely enough, no new NHRA game has been released for more than a decade now but that's about to change.

We've known that the new release called "Speed For All" was going to come out this year, and we've just had the pleasure of playing for a little over two hours. The game will be available across multiple platforms: Nintendo Switch, Xbox, Playstation, and PC.

We gave it a shot using a Lenovo Legion gaming laptop that is already almost four years old. The game takes up about 15 GB of storage space and runs without faults even with this outdated configuration.

Right off the bat, you get NHRA-specific vibes as you enter the game. The soundtrack and the visuals will get your blood pumping, and you might feel an urge to jump straight behind the wheel of a Funny Car.
Never underestimate your opponent
Take our advice for it: don't! If there's one thing that you will quickly learn about playing NHRA Speed For All is that professional drag racing is not quite a walk in the park. But we'll get to that in a minute.

Once you're in the game menu, you can choose between trying out Career Mode, Multiplayer, or a Quick Race. We highly recommend choosing Career Mode, as you get a short tutorial to explain the basics of drag racing.

If you're not a drag racing expert, you might just become one by the time you're done playing. You get tips and tricks every few moments of playing, and this game might just help draw in a younger audience to the sport.

You start in the Super Modified class, with a relatively basic car. Even so, the moment you enter your first event, you can run the quarter-mile in less than 10 seconds if you get it right.
It doesn't matter whether you win by an inch or a mile, winning is winning
Every race has you going through three days of action: Friday is reserved for testing, Qualifying is on Saturday and the Race is up on Sunday. One cool thing about qualifying is that the last session of the day is held after dark, which makes it all a bit more exciting.

If you're playing on a controller, you might find it difficult at times to warm up your tires. Aside from finding the sweet spot and bringing them up to the right temperature, you also need to keep it going in a straight line.

If you veer out of your lane, you'll be disqualified in a heartbeat. Or even worse, you can damage your car which might be an expensive affair. The controller we used might be at fault here, but we ended up crashing our car several times. After just a few races, we're close to bankruptcy.

So that's something you need to be aware of. There are plenty of upgrades available on the market, and you can even have your R&D department work on further developing the car. But all that requires cash.
What's behind you doesn't matter
So it feels quite interesting that you'll need to monitor sponsor obligations during the season - we wonder if those companies can decide to cut ties if you underperform. One thing you'll notice during the race weekend is that the car will suffer some kind of damage after every single run.

That's right, after every single run. Between sessions, you've got a limited amount of time to fix or repair certain elements of the vehicle. And more often than not, you need to prioritize those changes as there isn't always enough time for everything.

One of the strange things that happened was that our car suffered an engine failure during qualifying for the first two events. On the third event, we only lost the gearbox, but it was still a big failure nonetheless. This is either a built-in feature meant to slow you down, or it might be that we were just too hard on it from the start. We'll continue to investigate.

Judging by the first few hours of playing, working your way up through the classes is going to take a bit of time. While drag strips are pretty much all the same, there is still a good selection of venues including Las Vegas Motor Speedway, Texas Motorplex, and Summit Motorsports Park to name just a few.
If everything seems under control, you're not going fast enough
Even though we didn't manage to win any races yet, we started getting the hang of the rookie class so we thought it would be a cool idea to try some of the faster cars in the game.

With games like Assetto Corsa or Forza Horizon, you can always jump behind the wheel of a hypercar and take it slow. But if you're going to drive a Funny Car or a Top Fuel dragster, there's no time to waste.

You need to be 100% committed from start to finish. And that's easier said than done. Getting disqualified or blowing the engine to smithereens is a whole lot easier at this level. While you can fool around for a bit in the quest for reaching 300 mph (482 kph), it feels much wiser to complete the career first.

We've already seen some pre-release reviews from real-life competitors who claim this game is far from realistic. They've pointed out some of the faults, albeit just by watching the official trailers and not by playing the game.
Conclusion
From someone who's witnessed several big drag racing events and taken part in small-level challenges, NHRA Speed for All seems like a fun little challenge to spend time with. It might not be perfect, but then again nothing comes close to the real thing. We're probably going to keep on playing until we get up to the top-tier racing. If you're not in it for the graphics, and if you don't mind some of the inconsistencies in the game, you can still trust it to provide a bit of fun from time to time. And there's always hope that the next version of the game will improve the user experience.
Rating: 65/100 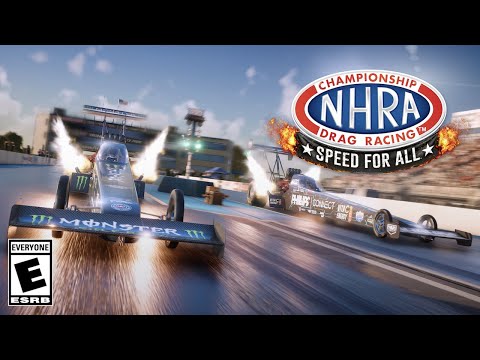 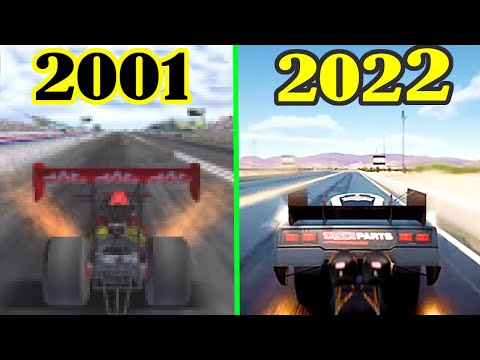