1 The Story of the Chevrolet Corvette SS, Duntov's Magnesium-Bodied Masterpiece

2 A Look Back at the Citroen DS: Arguably the Most Innovative Car Ever Built

5 Stout Scarab Is the World’s First and Ugliest Minivan, Now an Art Deco Icon
Car video reviews:
Up Next

Why settle for a Ferrari if you can’t take it out on the lake for a spot of fishing? The reasoning behind one of the most intriguing concepts and production vehicles of the late aughts was a bit more advanced than that, but it is what it ultimately boiled down to.

Meet the Hydra Spyder. You might call it the iconic vehicle that you never heard of, and it would be accurate. It was announced by South Carolina-based manufacturer Cool Amphibious Manufacturers International (CAMI) in 2006 and officially presented in production form in 2008. It stands out from all the other limited-series amphibious vehicles for its seemingly unparalleled ability to deliver solid performance, both on water and land, and its striking design.

If the name CAMI rings a bell, it’s probably because of their most expensive and admittedly insane project, the Terra Wind, a luxurious RV that was both yacht and landyacht, and retailed for $1.2 million with the premium specs. CAMI was founded by inventor John Giljam and his wife Julie, who initially ran a water vehicles rental service, before they got into creating their own. The CAMI portfolio includes the aforementioned amphibious luxury RV, amphibious tour buses, search and rescue vehicles, and the Hydra Spyder, designed exclusively for fun.

Amphibious cars are not new; in fact, it seems that humanity has been weirdly fascinated with the possibility of using the same vehicle for transport on land and water for a very long time. However, unlike most amphibious vehicles, the Hydra Spyder was able to do both in a surprisingly good manner, delivering solid performance on both surfaces alike.

So what exactly is a Hydra Spyder? CAMI described it at the time of its launch as the unsinkable sportscar that was essentially a boat in clever disguise. A more fitting description would be that it’s a sportscar on top of a boat, without much compromise in terms of performance. A two-door diesel-electric hybrid that sat taller and was bulkier than all other sportscars, the Hydra Spyder was made in six units only, which sold out right after the official introduction, with a list price of $275,000.

Motivation for the prototype came from a Corvette 6.0-litre LS2 V8 that delivered 400 hp to the front wheels through a five-speed manual transmission. Production vehicles used a Corvette 6.2-liter LS3 that produced 450 hp, with the one exception of a custom-built that got an unspecified engine with 750 hp.

Though bulky, the Hydra Spyder came with a 5052 alloy aluminum hull and a light fiberglass body, and a total weight of just 3,300 pounds (1,497 kg). This allowed it to achieve speeds of 46 knots on water and 125 mph (200 kph on land), as tested by CAMI ahead of the launch. At one point in 2008, Giljam claimed that the vehicle could easily top 60 knots on water and 150 mph (240 mph) on land while admitting that they’d never gone this fast during tests.

The sportscar would get 16-18 miles per gallon (6.8-7.6 km per liter) on land and could be modified to run on ethanol mix instead of gasoline. To get it out to water, the driver had to engage marine mode with a toggle button that switched to a different engine and would later retract the wheels into the hull. Because the Hydra Spyder was made with positive flotation foam approved by the U.S. Cost Guard for CAMI, positive buoyancy was assured. At the same time, though a convertible, occupants didn't get any of the water sprays because of the vehicle's height.

Hydra Spyder offered seating for four people, on two bucket seats in the front and a bench in the rear. Separate land and marine mode controls were available, but operating the vehicle in either was relatively easy and intuitive. Customization was possible, to the point where you could even get a built-in fishfinder. That said, the vehicle was never meant for open sea use or operation in rough weather.

In December 2020, a brand-new example with just 170 miles (274 km) on the speedo emerged for sale in St. Louis. You will find photos of it in the gallery above and a presentation video at the bottom of the page. Painted bright yellow, it came with a contrasting interior in white and blue and digital displays, and a price tag with a considerable discount, at $182,000. As of the time of press, it is still available, at $155,000.

And this brings us to the biggest issue that prevented the Hydra Spyder from going mainstream. For all its undeniable cool factor and being a guaranteed attention-getter, its solid performance, and high built quality, it came with a price to match. At the end of the day, most people would rather have a Ferrari and leave the fishing for another occasion. 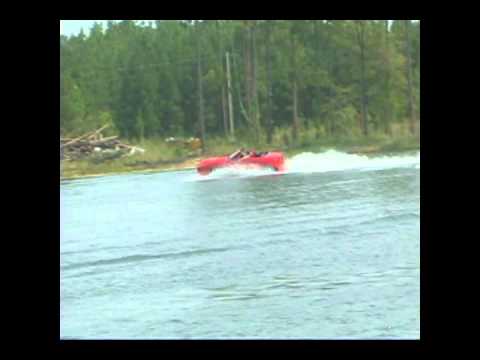 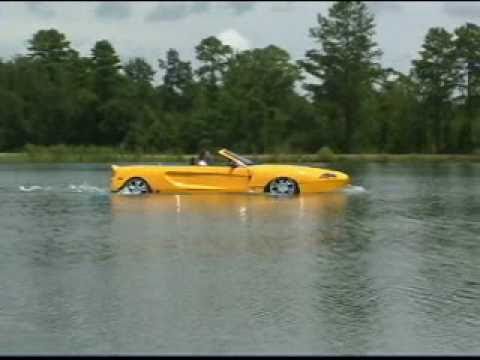 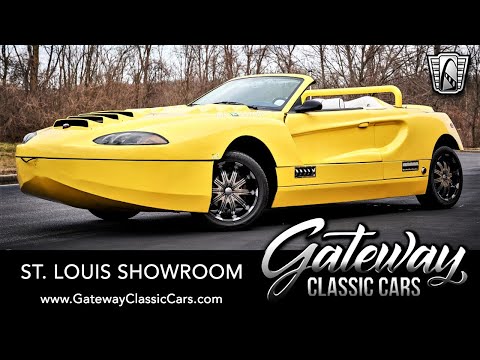