Ionut Ungureanu
When McLaren announced they’re going to have regular people drive their 650S supercar on the streets of Dubai, the only thing we could think of is how to get a couple of grand to fly over to UAE’s famous glamorous city.
1 photo
As expected, the experience was quite jaw-dropping for those Uber users who found themselves being picked-up, which is why the ride sharing service has filmed the best scenes and put them all together in a 3-minute clip.
As part of their continuous expansion throughout the world, Uber has decided to partner up with McLaren Automotive and offer to their customers in Dubai a bit of taste of what living large really is about. The users of the ridesharing service from UAE’s most popular city were offered the chance to drive the McLaren 650S in a 15-minute test drive.

Just take a second here and picture it. You push the button on your app and instead of a regular sedan you get a 3.8-liter V8, twin-turbo engined supercar that is packing 650 horsepower and 501 lb-ft (680 Nm) of torque. In fact, don’t imagine it, just look at these people’s reaction to driving the supercar around downtown Dubai or DIFC.

“It drives very much like a luxury saloon car”, one of the happy drivers explains while posing a big smile. Some were impressed by the suspension of the car, while others were simply too busy to enjoy the beast’s roar.

We don’t know about you, but this clip sure had us seriously considering taking a trip to Dubai, if not just call Uber and ask for a similar service here. 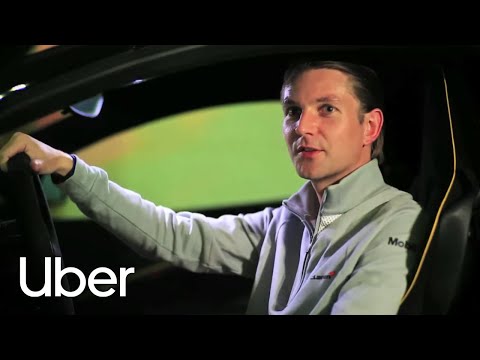