McLaren's first ever road car with an open cockpit, the Elva was also launched as the most powerful roadster of the Ultimate Series lineup, which is the carmaker's range-topper.

The car's somewhat peculiar name harks back to the Bruce McLaren-designed M1A and McLaren-Elva M1A, M1B and M1C that terrorized racing tracks in the '60s. Fitted with a bespoke chassis made entirely from carbon fiber, the Elva is a back-to-basics supercar, with no roof, no windows and not even a windshield.

It's powered by a twin-turbocharged 4.0-liter V8 that's derived from the engine underneath track monsters like the McLaren Senna and the Senna GTR. That said, thanks to the lowest weight of any road car with a McLaren badge produced in history, the Elva is bound to feel even more special to drive. A fix windshield is optionally available for most markets, but McLaren seems to prefer that its customers won't choose one to preserve the model's original lines. Thanks to something called Active Air Management System (AAMS), the McLaren Elva can channel air from the front of the car to come out just ahead of the two occupants and be directed over the open cockpit to create a so called "bubble of calm" at high speeds. 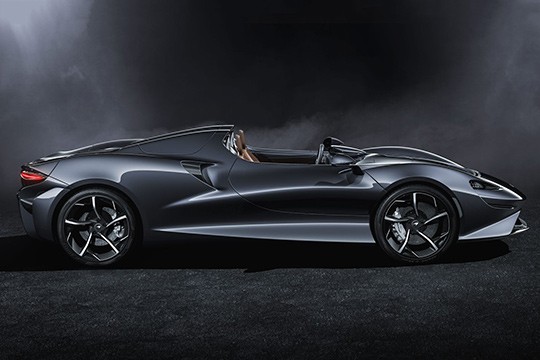