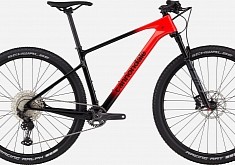 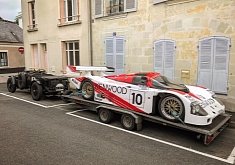 30 Aug 2016, 10:59 UTC / The build process took eighteen months to complete and we are now looking at the first Agera RS ready for European delivery

8 Aug 2016, 11:54 UTC / Sometimes, Monday mornings can dictate your entire week and it seems these aficionados are willing to have a productive one

7 Jul 2016, 17:32 UTC / In our book, this is the most elegant Pagani Huayra we've shown you to date, proving that you don't necessarily need a Pachetto Tempesta or a BC to stand out

27 Jan 2016, 16:02 UTC / These chairs are introduced in a manner that's just as unapologetic as the air-cooled 911 kits built by Japanese tuner Rauh-Welt Begriff

Updated: LaFerrari Owner Keeps His Car in the Living Room

8 Jan 2016, 02:51 UTC / While other LaFerrari owners fuel Ferrari driver stereotypes by drifting their cars in full traffic, this guy may restore our faith in Maranello's clientele

9 Dec 2015, 15:46 UTC / The events that happen here might be part of the crane operator’s daily tasks and yet we dare you not to cringe while watching the action unfold

10 Nov 2015, 17:07 UTC / Not many people out there have 25 cars that they need to store somewhere, but if you're one of those happy petrolheads you'll like this mansion even more

10 Nov 2015, 12:53 UTC / Audi will introduce a service that sees residents of select properties renting luxury models, a premium car sharing for the rich if you want

3 Nov 2015, 13:50 UTC / Since he is now a retired boxer, Floyd Mayweather seems to have a lot of time to spend on his other passion: cars. He buys and customizes them big time

Here’s Your Chance to Own a One-of-a-Kind Rolls-Royce Hyperion, Designed by Pininfarina

29 Oct 2015, 13:01 UTC / Pininfarina has created only one Rolls-Royce Hyperion and it's based on a Phantom Drophead Coupe model the Italian Design House changed completely

27 Oct 2015, 09:09 UTC / Floyd Mayweather may have retired from the ring, but that will not stop the five-division boxing champ to spend millions on the world's fastest cars

20 Oct 2015, 14:23 UTC / Bentley is among the luxury carmakers that are extremely focused on details. They want everybody to know about the expensive and special materials they use

9 Oct 2015, 13:00 UTC / Floyd Mayweather has one of the most expensive car collection out there, but that doesn't mean this arson will not infuriate the boxing champ

The Rich Get Safer, The Poor Get in More Car Accidents

6 Oct 2015, 08:11 UTC / The differences between rich and poor are not new, but a new study shows that the poorer you are the more open to car accident

21 Sep 2015, 16:47 UTC / If you're not loaded enough to afford a yacht, there's little to no reason you'd ever consider this special BAC Mono edition in the first place

21 Sep 2015, 10:15 UTC / Talking to successful people driving expensive cars in order to motivate others to do the same may sound like a good idea. But is it really one?

You Can Now Customize Your Driving Shoes, But It Comes at a Cost

18 Sep 2015, 16:46 UTC / Car Shoe is one of the high-end shoe makers renown for their driving mocassins. They have recently announced a new offer in which you can customize your shoe