3 Porsche Lets YouTuber Explore the Museum Archives, Let's Dive in With Him

5 LS3-Swapped Porsche 944 Turbo Will Make You Hate it and Love it at the Same Time
Car video reviews:
Up Next

Porsche 935 Fought a Pair of 911 GT2 RS Clubsports, One Comes on top of PPIHC

Two narrow lanes, lots of twists and hairpins, 12.5 miles of stare Death and Destruction in the face and a finish line situated around 14,115-feet above sea level. Each year, North American motorsport turns its eyes towards the time-attack hill climb event that’s been a staple of daring human nature since way back in 1916. The Pikes Peak International Hill Climb (PPIHC) has been capturing the imagination and egos of many, including Porsche.
23 photos

That is great news for the German sports car maker’s fans, since the automaker has been a part of the so-called Race to the Clouds for decades. The 2020 edition was nothing different, with the 156 turns ridden out countless times by three powertrain-matching examples, though overall each unit was unique in its own way.

The trio included a new 935 belonging to Bob Ingram (with Jeff Zwart behind the wheel) and two 911 GT2 RS Clubsport models, one just as yellow as the sun and the other sporting a bespoke Art Car livery.

That alone would be enough to heat up the spirits for enthusiasts of the Weissach thoroughbreds, but the 98th edition of the legendary high-altitude race got the pleasure of seeing all three competing against each other in the stock factory-condition “Time Attack 1” class.

Judging by the roster on display, one would assume the Porsche 935 would take the victory without any remorse – especially when counting the skills of Zwart, an iconic multiple class winner and a pilot that raced for the 17th time at Pikes Peak.

Still, motorsport aficionados know very well all bets are off when it comes to such high-stake events, and Lady Fate always has a saying when it comes to men in search of laurels. Anything could have happened during the past weekend, especially when considering the technical and human playing field was very well balanced.

Not only the 935 and the two 911 GT2 RS Clubsport cars share the same powertrain, but the latter model also had another pair of aces behind the wheel: David Donohue, heir to iconic Porsche racer Mark Donohue, and David Donner, another Pikes Peak Hall of Fame representative.

In the end, the mountain took its weather toll and after Donohue delivered the best time during Friday's qualifying it was enough for a little Saturday night icing to make sure the race start the following day would be delayed for safety reasons. When it was finally time to take all 156 turns, the upper portion was still very slippery, and quickly proved a major challenge for the first drivers.

As such, it was Donner who posted the best time of 9:36.559 in the end, emerging victorious among Porsches and capturing the Time Attack 1 honors as well as the third position overall.

And these were not the only Porsches playing in the field, because the specific “Porsche Pikes Peak Trophy by Yokohama” class was all made of race-prepped versions of the Cayman GT4 Clubsport, and the pilots had been trained by none other than Zwart. 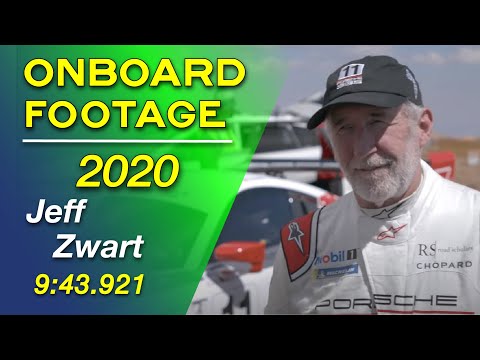