5 UFOs Exist and They Came for Miley Cyrus (Seriously)
Car video reviews:
Up Next

Home > News > Videogames
Cosmin Vasile
It might sound weird, but despite the huge number of major updates No Man’s Sky received since its launch, the game didn’t get a brand-new ship in the last two years. Each of the previous updates has tackled a completely different aspect of the game, which is probably the reason new ships haven’t been in the cards until now.
6 photos

However, the new Outlaws update changes that, as developer Hello Games is introducing the first new ship in over two years. Beyond that, there’s a whole new way of life to experience in No Man’s Sky’s universe: a pirate’s life. The Outlaws update brings rich new pirate lore, along with new gameplay mechanics that let players see what it’s like to run smuggling operations.

Unfortunately, the level of threat they now pose to explorers has risen considerably, as they are not starting to attack planetary bases and settlements in coordinated attacks. That being said, travelers now have two options: ally themselves with the outlaws or stand up and seek to dismantle their operations.

Before deciding what’s best for your career, keep in mind, though, that rewards from pirate activities can be extremely lucrative. Not to mention that allying with the outlaws gives you access to their iconic starship, the Solar Ship, a new high-tech starship class with a wide range of procedurally-generated variations.

Another interesting new feature added to the game is the ability to recruit roaming pilots into your own squadron to help you in your journey. They act as wingmen and will automatically warp to your location during space combat and can also be summoned to fly into formation at any time.

Speaking of space combat, battles have become a lot more satisfying with a complete overhaul of destruction effects for ships, asteroids, freighters, and space cargo. But these are just some of the most important changes included in the Outlaws update, so make sure to check out the full patch notes for all the details. 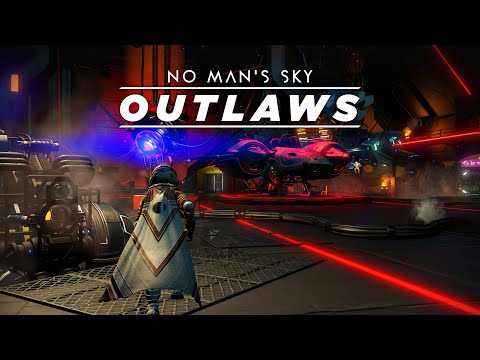