4 A Japanese Werewolf in America, the ATTKD R34 Nissan GT-R Is a Sight to Behold

5 These Are the Nissan Cars That Made the Letter Z Famous
Car video reviews:
Editorial

A Japanese automaker with a seemingly natural ability to discover new roads and usher in unknown automotive segments, Nissan seems to have had an easier job coming up with a concept evolution of its well-known Z sports car. Still, we can bet a few sleepless nights have passed in between the decision to develop a new generation Z car and the actual reveal of the Nissan Z Proto concept.
31 photos

Dubbed as a prototype for the time being, the Z Proto has been unveiled during an event streamed around the globe from the newly opened Nissan Pavilion in Yokohama, Japan.

Judging by the all-new appearance of the concept, as well as counting on the few technical specifications that have been released so far, we can safely place a bet on the new generation Z sports car (nicknamed 400Z by the rumor mill) being as close as possible to it in the end.

But we still need to take all this with a grain of salt, as the Japanese automaker has mentioned that its “Z Proto is a development study vehicle and does not confirm or reflect production model specifications.” So, for now, we better take up what’s in front of us – namely this stylish vintage-modern concept.

The design is firmly rooted in the half of century of Z tradition, but we can still make out a host of modern traits. For example, the bright yellow pearlescent exterior is a direct homage to a successful shade used on the original 240Z and the 300ZX successor. The side profile is also a clear tribute to the first-generation’s bespoke posture, while the LED headlights feature a couple of half-circles that are used as a nod to the Japanese-exclusive 240ZG of the 1970s.

On the other hand, the backside has taken its inspiration from the 300ZX directly into a modern near future, as shown by the tech-savvy treatment bestowed upon the LED stoplights. The Z Proto is also spiced up with lots of carbon fiber – the lightweight material is found on the front lower lip, side skirts, as well as the rear diffuser. The sports car attitude is completed with 19-inch alloy wheels and dual exhausts.

The interior is the main giveaway that Nissan’s upcoming Z car could pretty much be identical to the Z Proto – with a 12.3-inch digital instrument cluster, a new (but inspired by classic Zs) steering wheel, and a central touchscreen command center that sits beneath a trio of analogue gauges.

More importantly, the company is also previewing interesting technical developments, such as the previously teased V6 engine featuring twin turbocharging technology, or the standard availability of a six-speed manual transmission (with auto option currently in development).

No pricing or availability details have been advanced yet, but the carmaker promises the Z Proto is part of a 10-vehicle introduction roster for the U.S. market scheduled to arrive during the next 20 months, next to popular best-sellers such as the Sentra or Rogue, and innovative new additions like the Ariya electric crossover. 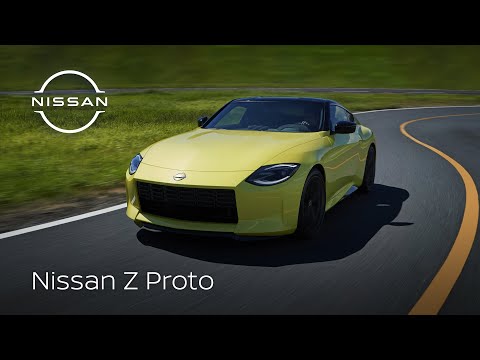 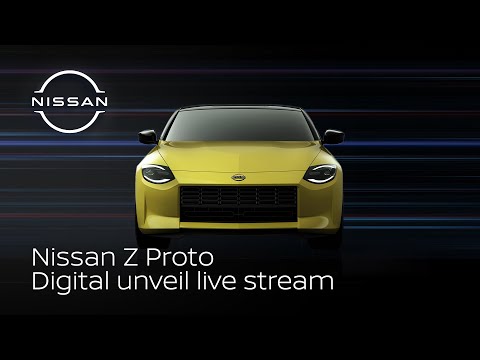