5 Nissan Reveals 2021 Qashqai's Interior in Advance, Almost Everything Is Bigger
Car video reviews:
Up Next

Twin-Turbo 2000 Lingenfelter Corvette Is Looking for Its Second Owner

European fans of the Nissan brand are patiently awaiting the arrival of the new generation Qashqai. American aficionados have the refreshed 2021 Armada to keep them company. Meanwhile, Japanese customers have a double temptation, in the form of the all-new generation Note – now complete with e-Power and all-wheel drive.
19 photos

Just last month, Nissan revealed the third generation of the Note series – a model that has suffered many transformative changes throughout its lifetime. The Japanese automaker is now banking on electrification; during the November unveiling it said the Note would only be available with the second-generation e-Power powertrain at home in Japan.

It’s a bold move for the company’s most popular model across the home market, given the Note’s list price of 2,029,500 JPY (around $19,623 at the current exchange rates). We did appreciate the “Timeless Japanese Futurism” styling, and we fully expect it to arrive on the Old Continent as well, in the form of the equally popular (across the region) Qashqai crossover SUV.

Back then, we also mentioned that Nissan was teasing the impending arrival of the dual electric motor AWD version. That time has arrived, and the company has revealed the first details and photos of the Note e-Power AWD.

It’s not hard to guess the changes that enabled the switch from two- to four-wheel-drive, given that Nissan clearly states the new option brings “dual electric motors that give the driver enhanced control and acceleration.” Unfortunately, we don’t have the exact rundown of the figures, as the brand didn’t share these details yet.

For now, all we are being told is the Note e-Power AWD has an extensively redesigned and optimized system that “produces more power, a higher-quality driving experience, improved efficiency and cabin quietness.” There’s also more power coming from the rear motor, as well as regenerative braking on all four wheels. 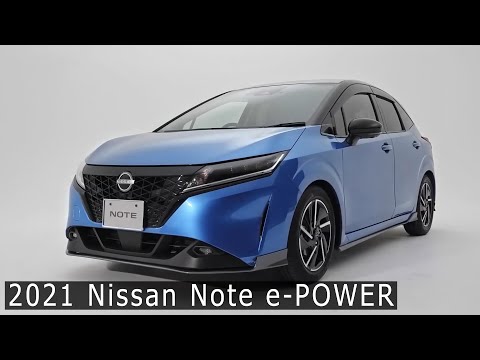