4 Tesla Vehicles Have a Major Cybersecurity Vulnerability, But EV Maker Dismisses It

New Tesla Model Y Is Riddled With Problems, the Owner Still Very Much Loves It

Tesla sparks many controversies, with most people either loving or hating it. When it comes to Tesla owners, though, it’s a consensus: they all really love their cars, despite the many problems reported. In a recent video, Youtuber Just Frugal Me describes his less-than-optimal experience with a Tesla Model Y. Despite that, he still ends the review by saying he loves his car.
11 photos

Tesla has been facing production constraints for years, which is adequately reflected by the long waiting times. The EV maker closed the order books on some models with the highest demand because it could not build the cars in time for delivery. There’s no wonder that Tesla’s main problem now is ramping up production, not fixing its many quality issues.

As Elon Musk pressured workers to speed up production, this has become a problem. The word of the day is “build now, fix later,” and many Tesla owners know what it means. This does not mean that they care, though. They still boast their Tesla is the best. That’s precisely the conclusion that Josh from Just Frugal Me draws at the end of his review of the Tesla Model Y. In his 10-minute video, he speaks about the “regrets” he has after driving his Model Y for 8,000 miles (12,875 km).

The reviewer’s most significant problem with his Tesla is the phantom braking in Autopilot mode. This was thoroughly documented, and yet Tesla has not fixed it. The brakes are also abruptly engaged at times when in Autopilot, even when there is plenty of time and space to apply gentle braking. While we’re here, we can also say that the Autopilot fails to adequately recognize oncoming vehicles, turning on the high beams at times when the lights should be dimmed.

Besides these very annoying problems, others can be considered minor or ignored altogether. In the former category, Josh mentions the overall build quality, which is not in line with the $60,000+ price of the car. Trim and panel gaps are the norm, and the road noise is persistent because the windows are poorly insulated. There are other minor issues related to the interaction with the car that could easily be improved by Tesla with just an OTA update. If it takes the time to do it.

Despite this, Josh is still very happy with his Tesla. He considers all these problems minor issues and certainly not deal breakers. This is an impression shared by other Tesla owners as well. 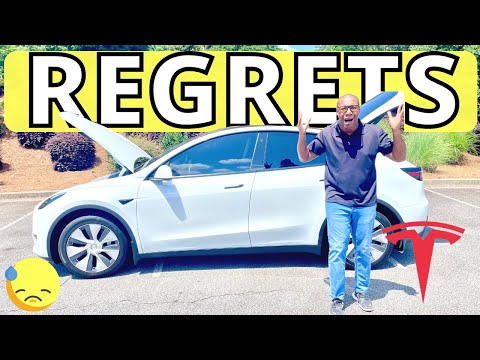