Mircea Panait
Presented as a near-production prototype in November 2020, the new Civic was revealed last month to mixed reactions over the Accord-like front fascia and the Corolla-like rear end. But on the upside, Honda used every trick in the book to make the little sedan a better car overall.
20 photos

Of more importance to driving-oriented customers, however, are the upcoming hatchback, Si, and Type R. According to Western Region media relations manager Carl Pulley, the hatchback will be available with a stick shift while the Si and Type R variants will ship exclusively with a manual.

The sedan, unfortunately, doesn’t come and will never come with a three-pedal setup in the United States unless it's the Si. This leaves Civic Sedan customers with a continuously variable transmission for every trim level from the base LX to the plush Touring, and this CVT even boasts paddle shifters from the Sport upward. As far as engine options are concerned, these variants are offered with the 2.0-liter VTEC as well as the 1.5-liter VTEC Turbo.

Si customers are likely to receive a more potent variant of the four-cylinder turbocharged engine, which produces 180 horsepower and 177 pound-feet (240 Nm) in the EX. Last time Honda offered a Si was for the 2020 model year when the coupe body style was phased out for good. The previous-generation Sport Injected was rated at 205 horsepower and 192 pound-feet (260 Nm), and the four-door sedan used to retail at $26k including freight.

As for the outgoing Type R, the 2.0-liter VTEC Turbo four-cylinder motor puts out 306 horsepower and 295 pound-feet (400 Nm) at the crank for the princely sum of $38,890 excluding the carbon-fiber kit and interior package. These numbers are likely to go up a little for the all-new Type R, which is expected as a 2022 model at the earliest. Contrary to earlier reports, Honda isn’t going to roll out all-wheel-drive for the corner-carving hot hatch. 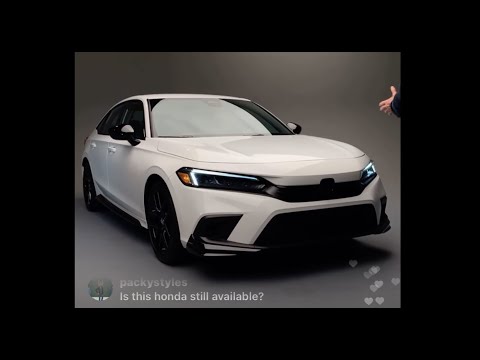