5 This Garage Is Also a Family Home, an Awesome Man Cave, and Gearhead’s Dream Come True
Up Next

When your name’s Wildin, you’d best live up to it. One millionaire from the UK who once took credit for building the country’s “best man cave” is out of prison and back to trolling his neighbors and defying local authorities.

His car collection is caught in the crossfire. It’s been street-parked for months, impending traffic and preventing neighbors from accessing their own driveways.

Call this the poshest, fanciest (but still nasty) legal dispute: Graham Wildin is a former accountant who, having made his millions, decided in 2014 to invest some of that money into a man cave that both himself and his extended family could enjoy. The 10,000 square feet (929 square meters) complex was built next to his Gloucestershire home and included everything from storage for his 20-strong car collection to a casino and a bar, a private cinema, a bowling alley, a full-size gym, and a children’s playroom.

Graham spoke about his not-so-little project to the media, faux-humbling calling it a gift to his entire family, because they’d get to spend more time together when the weather was bad. His neighbors and the authorities called it an illegality, because Wildin never applied for the right permits to build the thing in the first place.

Fast-forward to 2018 and the first tear-down order. Wildin was given two years to comply, which he refused to do. As the deadline approached, he moved his car collection onto the street, sold off property and wrote off rights to assets in his children’s names. His idea was to pressure the neighbors to complain to the council about it, so the council would have no other choice but to cancel the tear-down order so he’d have a place to store the cars in. His neighbors did complain about the vehicles, which include several Porsches, a Range Rover, a Rolls-Royce, a Bentley, and a Jensen Interceptor, but the council did not walk back on the order.

In August, Wildin was sentenced to 6 weeks behind bars and a £10,000 ($11,505) fine for still refusing to tear down the complex. He claimed the case had rendered him bankrupt and could not afford to demolish the building. The judge told him that, upon his release, he would still have to tear it down or face even more prison time.

Wildin is now out of prison and, perhaps unsurprisingly, he’s back at it – “it” being the trolling. His neighbors tell The Sun that not only he still has all the cars street-parked, but he actually bought a new Porsche that he rides around in – despite his claims in court that he had no more money to his name. One neighbor says that he’s as belligerent as ever, which probably means he’s back to taunting them through the open window of his car, about how their driving skills suck if they can’t squeeze past his cars without scratching them.

“The authorities keep telling us that their hands are tied but things are going on below the surface,” the neighbor vents. “But in the meantime everything stays the same.”

Indeed, photos shared with the media outlet show that things are the same: Wildin’s cars, protected by secured tarpaulins, are still parked on the street. To make matters worse, he’s also contributing to increased traffic in the area because he’s offering the house to which the complex is attached as a rental, and it’s been used mostly for throwing large parties.

Talk about a neighbor from hell. Last time the neighbors went to the press, they also threatened (more or less) to key Wildin’s collectibles, just to teach him a lesson. Testing their limits with even more trolling doesn’t seem like a good idea, is what we’re saying. 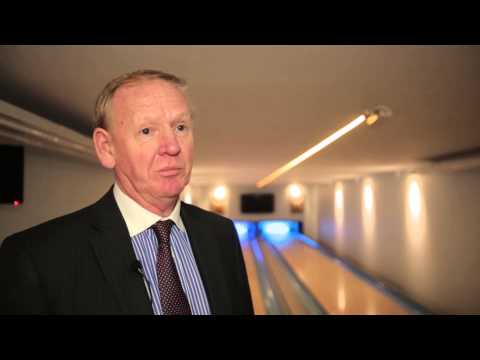