1 Sondors Kicks Off Nationwide Deliveries of Its Highly Acclaimed Metacycle

5 Harley-Davidson's Livewire Fails To Make Any Noise at All
Car video reviews:
Coverstory

EV manufacturers are all fighting for a piece of the pie – as the world is going electric, companies are coming up with better solutions. One such example is Verge; based in Finland, the start-up plans to release the TS electric motorcycle very soon. Let's see what makes it stand out.

The Finnish brand is new on the market; it doesn't have any vehicles on the road just yet. It's currently accepting reservations for the TS, which comes in a Standard and Pro version. Before we go any more into detail, I want to point out that even though this machine might impress you with its specs, be prepared for a rather hefty price tag – the Standard comes at a base price of $26,900 (the same for EU markets), while the Pro variant costs $29,900. Let's see if the price difference is justified.

Verge sought to create a motorcycle that looks and feels like the future by challenging traditional design principles and conventional ways of thinking. The result is the world's first hubless electric rim motor, which is Verge’s pièce de résistance. The unmistakable styling also earned Verge a Red Dot Design award in 2021. The electric motor is integrated directly into the back wheel - there are several advantages to this technology.

First, all the power is redirected straight to the road. Second, there's more free space, in the middle of the bike, for the battery pack and other components. Thirdly, the two-wheeled machine will have improved handling and will feel lighter due to the very low weight distribution – the TS tips the scale at a heavy 225 kg (496 lbs.). Moreover, having a hubless design means that moving parts such as chains and cogwheels aren't necessary, leading to a simple and beautiful aesthetic.

The e-motorcycle has a straightforward look – besides the eye-catching rim motor, the simple, bold lines perfectly showcase the bike's body. According to Verge, all parts are made in-house at its factory or sourced from top-of-the-line European manufacturers. The company seeks to showcase premium European craftsmanship through its models.

The Verge TS Pro has impressive specs - the motor has a 102-kW power output and delivers a peak torque of 1000 Nm (737 ft-lbs) into the back wheel. And yes, it's also speedy! Twist the throttle, and you'll reach 100 kph (62 mph) in only 3.5 seconds. If you're into flying down the road, this e-motorcycle won't let you down, as it boasts a top speed of 200 kph (124 mph). The Standard version has a lower power output of 75 kW, slightly lower top speed, slower acceleration, and charging will take a bit more.

So, between the two models – if you're all about pushing the limit and having that extra power, $3,000 isn't really much more to pay, especially if you can already afford this pricey beast.

Of course, the TS is smart and connected. Something I haven't seen before on an electric motorbike is the massive integrated touchscreen display – it will allow you to see your speed, as well as other info, and choose your preferred driving mode. About that, you can select between: Range - to ride for as long as possible; Zen - for a relaxed cruise; Beast - for, as the company perfectly says, "when it's time to cap a gasser at the lights or fill up the adrenaline tank." If neither fits your style, you can create your custom riding profile.

According to The Pack, Verge recently announced that it has started the series production for the Verge TS. Tuomo Lehtimäki, CEO of Verge Motorcycles, said, "Our electric motorcycles have attracted interest around the world already in the prototype phase, and we have already received hundreds of pre-orders. We are excited to finally begin series production of the anticipated Verge TS. Moreover, we get to introduce not only one, but two models." 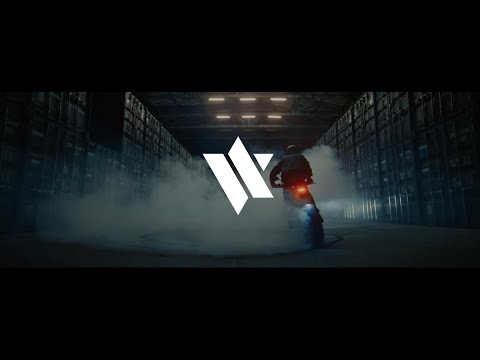