5 Russia Will Push for Opel Deal
Car video reviews:
Up Next 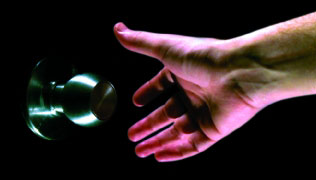 Things are going from bad to worse for Canadian parts manufacturer Magna who's now seeing itself forced to submit a new offer for Opel, following the course of negotiations between the GM and RHJ. After the German government also tried to play its cards right and piled up the pressure on Magna - remember all those statements saying the state is still in talks with other interested bidders? - the Canadian company is now getting ready for a similar reply: it will submit a new offer "in the form of an ultimatum", Reuters reported today.

This means that Magna International will actually attempt to improve its bid but, in case talks are evolving in the right direction, the company might leave negotiations and abandon Opel.

On the other hand, Angela Merkel is still shouting that Magna's bid is the best Opel could get and emphasizes, every once in a while, that the Canadian manufacturer, together with its Russian partners, has the biggest chance to take over the German manufacturer.

"There are still a number of questions to be cleared up. But the Magna concept offers excellent starting points," said Merkel at a joint news conference with Medvedev according to just-auto.com. "It offers Opel a chance and also creates the possibility of establishing a strategic partnership in the car sector with Russia," she said.

On a separate front, the German state expects to pick the final investor for Opel as soon as next week. Where have we heard that before? Well, it was Magna saying that the deal should be completed by mid-July but, here we are on July 20, with Opel living in the same uncertainty... So, see you next week...