Premiering at the 2020 Brussels Motor Show, the revamped Opel Insignia Grand Sport has been substantially refreshed both in terms of looks and the amount of technology available on the mid-size model.

The main exterior modifications are found at the front, where extremely slim headlights with LED technology provide a major upgrade over the previous model.

The adaptive IntelliLux LED Pixel Light technology no offers no less than 84 LED elements per each headlamp, up from the previous model's 16, which means that the lights react a lot faster and with a lot more precision at any change in direction of driving without blinding the oncoming cars. This feature alone makes the revamped Insignia Grand Sport a unique proposition in its segment. The new radiator grille has a wider chrome edge, while the horizontal slats are more prominent, and alongside the new headlamp clusters and air inlets with integrated fog lamps make the car appear wider when viewed from the front. At the rear, the under guard panel now features two slim slots instead of round holes for the exhaust pipes, overall giving the car a cleaner look. As for the interior, the refreshed Insignia keeps the ergonomically certified AGR seats, which are still available for the driver and front passenger. 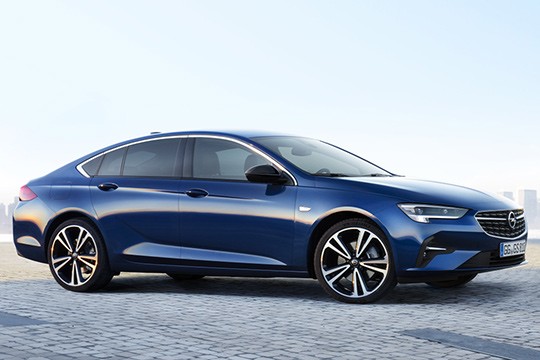