5 Here's What the Hummer EV Unveiling Did to Google Searches
Car video reviews:
Up Next

The Ford Motor Company and Fiat Chrysler Automobiles make the most exciting off-road pickups out there, but neither the F-150 Raptor nor the TRX come close to a military truck with 39-inch tires and a 2-inch (51-mm) lift kit. Currently showing 57,300 miles (92,215 kilometers) on the clock, the AM General M998 in the following videos won’t leave you stranded off the beaten path thanks to heavy-duty chassis parts and a reliable engine.
43 photos

Originally painted dark green, the Humvee has spent most of its life in Texas, according to the online listing on Cars & Bids. Refurbished in 2006 by the Maine Military Authority and decommissioned four years ago, the High Mobility Multipurpose Wheeled Vehicle boasts CARC paintwork, road-legal status thanks to three-point belts, and a few creature comforts.

What kind of amenities, I hear you ask? For starters, the aftermarket bedliner will serve you well if you’re planning on throwing camping and survival gear in there. The Smittybilt front and rear seats are worth mentioning, too, along with LED instrument cluster lighting and a heater.

Cup holders for the center console, the Kool Kat hood scoop, Airlift rear bumper, LED lights, 20-inch wheels, and bullbar aren’t stock either. Offered with removable doors, a removable soft top, and a cabin divider, the M998 presents a little rust on suspension componentry as well as wear and tear inside and out. Purchased by the second owner in March 2020, the ex-military truck is offered with two keys and service records.

According to the seller, who racked up almost 4,000 miles (6,437 kilometers) so far, the Humvee received fresh engine and transmission oil after he purchased it. The differential fluid, coolant, and brake fluid were also changed, and both batteries were replaced along with the front shocks.

Capable of 30-inch (762-mm) water fording and up to 16 miles per gallon (14.7 liters per 100 kilometers) in regular driving scenarios, the turbo diesel-engined M998 “has been by far the most reliable” truck ever owned by the seller. 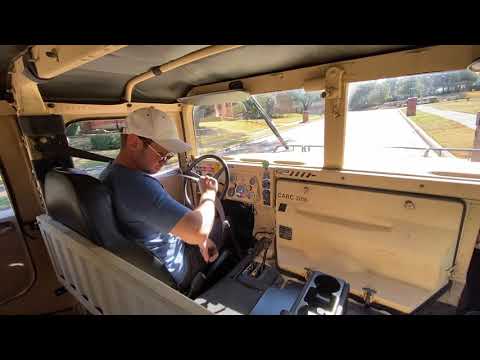 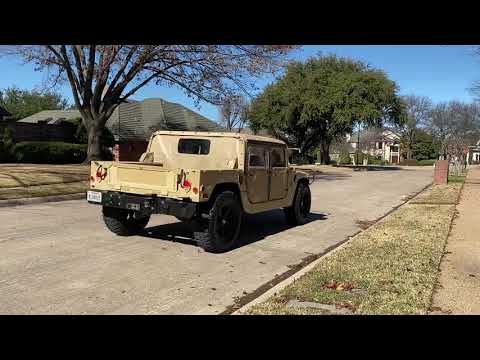