4 Lilium Targets South America, Plans to Sell 220 Air Taxis for Up to $1 Billion

Cristina Mircea
With a flexible configuration, 36 propellers on both its front and rear, and the potential to be used either as a luxury private jet, an air taxi, or a cargo aircraft, Lilium’s Phoenix 2 looks like one promising flying machine. It is also touted as the world’s first eVTOL (electric vertical take-off and landing) jet and it recently succeeded in achieving main wing transition.
8 photos

The German eVTOL manufacturer boasts of its Phoenix 2 now becoming the first-ever full-size electric jet aircraft to transition from hover to wing-borne flight. What makes eVTOLs different from other types of aircraft is their ability to transition from hovering, which is vertical flight, to horizontal flight. This transition means that the airflow attaches on the top of the flaps, getting smooth and following the shape of the flap and causing the tufts to become perfectly straight.

So far, Lilium has only managed to achieve flow attachment for a few seconds during its many test flights, but that changed recently when the eVTOL jet finally succeeded in doing that across the entire main wing. Not only that, but the aircraft remained stable and performed flawlessly during the process.

This is obviously an important milestone to reach by Lilium and a huge step forward on its path to launch its aircraft, as stated by Matthias Meiner, co-founder of the company.

Lilium’s test campaign will continue throughout the summer, as the aircraft still has to prove its capabilities at higher speeds and in various flight scenarios. We have no word so far on when we could start seeing the eVTOL jet in the sky, but we do know that Lilium dreams big, with the German company already planning its global expansion. Lilium is working on a future aviation network, including vertiports in Florida, with plans of extending to other regions in the U.S. and, of course, Europe.

The “world’s first all-electric VTOL jet” can adapt to many types of customers and uses. It can be configured as a luxury private jet with four seats, as a cargo jet with no seats at all, or as a six-seater for passenger flights. It has a low noise profile, a fixed-wing design, and it’s a zero-emissions aircraft. Lilium’s eVTOL jet can reach a top speed of 186 mph (300 kph) and promises to offer an equal range of 300 km (186 miles). 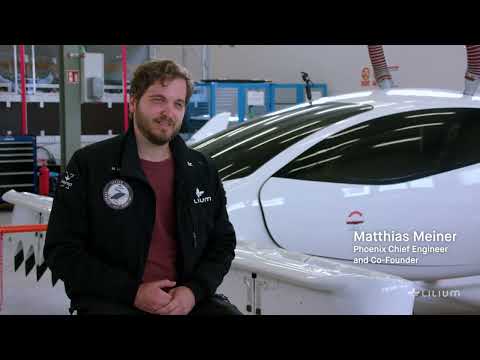