1 Novitec Plays Spot the Changes With the Ferrari Roma, and There Are a Lot of Them

3 The Lamborghini Aventador Is Fast, Sexy, and Yet Somehow Utter Rubbish for $400K

4 Lamborghini Aventador SV Drag Races Rallycross Race Cars, Is in for a Surprise

Lamborghini Aventador SV Roadster Blasts Down the Autobahn at 190+ Mph

On the second day of Christmas, Novitec gave us an exciting video that shows a Lamborghini Aventador SV (SuperVeloce) Roadster going almost flat-out on a no-speed-limit section of the German Autobahn.
7 photos

Well, it wasn’t uploaded today, but last week, and if you feel like you’ve seen it before, then you should trust your memory, as the famous tuner put the spotlight on it again after YouTube allegedly pulled it down, when it had around 2.2 million views.

At almost 8 minutes long, the footage revolves around the Lamborghini Aventador SV Roadster. The supercar came out more than six years ago, at the 2015 Pebble Beach Concours d’Elegance, and production was capped at 500 units. It followed in the footsteps of its fixed-roof sibling, which was limited to 600 copies, and each one used to cost around half a million euros (~$560,000) back then.

Now, as the clip was signed by Novitec, you’d expect to find at least one of their upgrades on the said supercar, right? Of course, and in this instance, it is an aftermarket exhaust system that further improves the V12’s tone, making the Aventador SV Roadster sound like an F1 racer when driven hard. Thus, we’d recommend turning the volume down before clicking the play button, especially if you’re a headphone user. 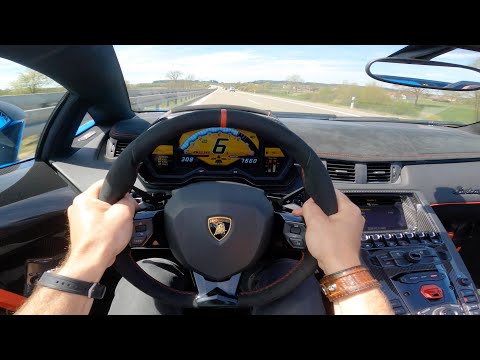