Kia Stinger Rendered With Mild Facelift, Will Get New 2.5L and 3.5L Engines

The Kia Stinger is a great example of a car that should be doing far better if badge snobbery didn't exist. The fastback shape is way cooler than your average sporty compacts like an STI or a Golf R, while the few flaws this car does have are easy to live with.
4 photos

It's pretty clear that Kia doesn't have enough sales to justify a second generation. But following the great German business model, it looks to offer a mid-life refresh. But unlike a Z4 or a CLA-Class, this refresh will bring much bigger engines instead of pointless grille changes.

The Korean website KKS Studio has done the rendering of one of the few Korean cars that are still testing yet, the Stinger facelift. As you can probably tell, they are just changing the headlights and taillights, probably because Kia plans to discontinue the model if sales don't pick up.

Oh, and before we move on, we've also added two spy photos from AutoPost, also a Korean site, proving that's what Kia has planned. Good. With some new wheels and colors, the Stinger might be worthy of a couple of new sales brochures, but a car like sells by word of mouth.

Thankfully, a lot of the development money is going where it counts. While almost every sports coupe has downsized in the past decade, the Stinger is doing the opposite. We've long been reporting about new engines developed by the twin Korean automakers, and these will finally be revealed to the public.

Thus, we can confirm that the top-end Stinger GT (or GTS in some markets) will indeed get a new 3.5-liter turbocharged V6. The increase in power isn't sizable, but you can expect 380 hp immediately or much more once you visit the local tuner.

But even the normal Stinger is getting an update, with its new 2.5-liter turbo engine making about 300 horsepower. So can we all stop buying baby AMG and M models with four-cylinder engines and just give Kia some money? 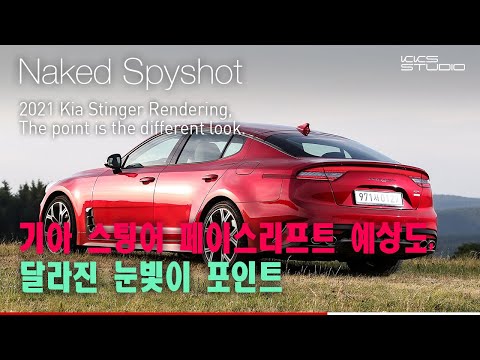