When Kia introduced the Stinger in 2017, it was like poking a wasp nest with a stick, and the automotive world was in shock: it aimed directly at the Audi A5/BMW 4 Series GT customers.

The Korean carmaker didn't want to make another right car for common people. It tried, and succeeded, to build a driver's car with four doors. When it was launched, everyone tried to find parts of the car that resembled other vehicles on the market, but Kia couldn't care more about that. It just charged forward with its turbocharged engines and rear- or all-wheel-drive systems. Then, in 2021, it charged even harder with the facelifted version.

Kia changed its logo at the beginning of 2021, and the Stinger came fitted with it. Overall, there were no significant changes in the car's look, and that was fine since it already looked great. The carmaker upgraded the headlights and taillights to an LED system, which provided more light and less energy consumption.

Inside, there was a new 10.3" touch-screen on top of the center stack. But the instrument cluster still kept the analog dials while the carmaker didn't consider that it was necessary to replace them with a TFT display.

The most significant change was under the hood. Kia dropped the turbocharged 2.0-liter unit and introduced the 2.5-liter version as the base model. The new four-pot unit provided 300 hp, 45 more than on its predecessors. The 3.3-liter V-6 remained the same. 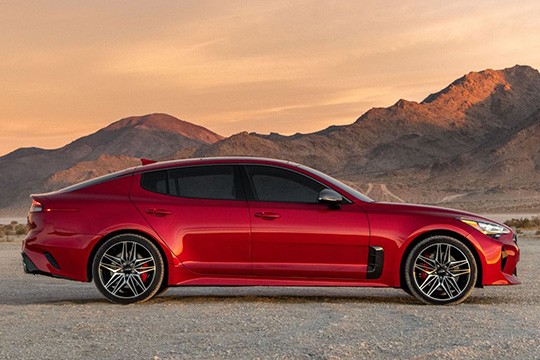 5 2022 Kia EV6 Adds Another Notch to Its Belt, Wins Interiors and User-Experience Award