What do a bunch of comedians and muscle cars have in common? Apparently, not much. And that’s the fun of it.
4 photos

In mid-March, word got out that comedian, actor, businessman, YouTube personality, and overall muscle car enthusiast Kevin Hart would star in his own car series, one that would see him try to get a muscle car club off the ground. The fact that he was doing it with his comedian friends, the so-called Plastic Cup Boyz comedy crew (John Clausell, Ron Everline, Spank Horton, Harry Ratchford, and Joey Wells), added to the potentially wide appeal of the new series.

A trailer for the upcoming series, called Kevin Hart’s Muscle Car Crew, has been released. With it comes the official air date: the first episode, “Choose Your Builder, Wisely,” drops on the MotorTrend app on July 2. It will introduce the crew to audiences and document their efforts in making their passion for muscle cars legit.

Produced by Discovery, MotorTrend, and Hart’s HartBeat Productions, the series will see the boys’ efforts to make it in the niche of muscle cars, from finding and hiring mechanics to tracking down vehicles, customizing them, and flipping them at auction. They will be guided on their path by Lucky Costa of Hot Rod Garage (and the builder of Dax Shepard’s rides on American Top Gear, also on MotorTrend), acting as the car club’s mechanic. A “variety of automotive experts” will be featured as the car club seeks guidance in their projects.

The short trailer is available at the bottom of the page. It confirms what MotorTrend has been saying all along: the new series will be a real treat for muscle car enthusiasts, but it will also be the kind of content you expect from someone with Hart’s comedy background. In other words, it will be both awesome and hilarious, and that sounds very much like a winning recipe in our book. 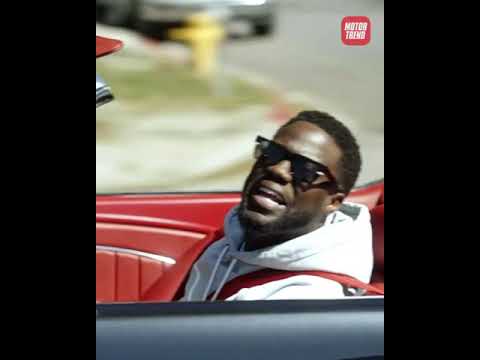