American pop icon Katy Perry has been chosen to serve as the godmother of NCL’s (Norwegian Cruise Line) newest ship, which is going to hit the waters this August.
20 photos

The American Idol judge will bless and officially name the 965-ft (294 m) long Norwegian Prima, the first of six vessels in the brand's Prima Class, and will also perform during the christening ceremony. The event is scheduled to take place on August 27, in Reykjavik (the capital of Iceland). NCL says its highly acclaimed vessel will be the first major cruise ship to be christened in the Icelandic capital.

Following a tradition that dates back centuries and represents a key element of any ship launch, Katy Perry will break a champagne bottle on Norwegian Prima’s bow, for the good fortune of both the vessel and its guests. As admitted for NCL, the popstar’s favorite way to vacation with her family is on the water, as she gets to experience incredible new views each morning when she wakes up.

NCL's behemoth of a ship is described by the cruise line as its most in-demand vessel and it is a floating, luxurious entertainment center ready to offer an unrivaled guest experience. Norwegian Prima promises to deliver world-class service and unforgettable itineraries. Amenities on board exceed all expectations, with passengers having a plethora of options to choose from. They can enjoy the ship’s multiple infinity pools on the 44,000 sq ft (4,087 sq m) Ocean Boulevard, visit Indulge, which is the brand’s first upscale international dining open-air marketplace, delight their palates with the most exquisite culinary specialties, to offer just a few examples.

Norwegian Prima is a 142,500 GT vessel that can accommodate 3,215 guests at double occupancy. The colossal cruise ship is the first vessel in NCL’s Prima Class and its 18th one altogether. It is set to launch in August and will first offer voyages to Northern Europe, from Southampton (England), Amsterdam (Netherlands), and Reykjavik (Iceland). Later on, starting with October, the ship will set sail to Bermuda from New York and the Caribbean from Texas and Miami. You can check out Norwegian Cruise Line’s website for more information on the available cruises. 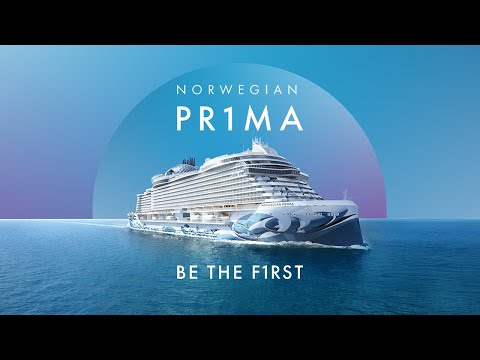