Just in case anyone wants to hear an answer to the question of why do we even need a 702-horsepower supercharged 6.2-liter V8 truck to get further upgraded to 1,012 ponies, here’s none other than John Hennessey delivering it. And, of course, there’s also a test drive with the Mammoth 1000. But only on the tarmac, at least for now.
29 photos

The 2021 Ram TRX is a crazy vehicle from just about any perspective. Thanks to the Hellcat motor, the eight-speed automatic, and permanent four-wheel drive, it comes with massively upgraded credentials over the competition, especially the Ford F-150 Raptor. But for some, that’s still not enough.

Naturally, out there in Texas, no one will wonder about or even look funny at people who buy Hennessey’s remastered Ram truck. But here’s the thing, the company has both a Mammoth 900 and a 1000 upgrade available for the TRX. So, it does beg the question, why? Basically, as per John Hennessey’s paraphrasing of former president Bill Clinton, “because we can.”

With that settled, we find out that HPE’s owner had been driving the Mammoth 1000 TRX to lunch the previous day, and so he decided to also have a go at the truck on the safe grounds of the Pennzoil test track. And by that, we mean that his driving impressions don’t start before we see the hulking vehicle power down the strip to around 122 mph (196 kph).

Naturally, he was probably impressed by the company’s recent findings (video also embedded below) of no less than 761-wheel horsepower (compared to around 585 stock) when the Mammoth 1000 TRX was strapped to the dyno stand.

And don’t worry, the driving impressions are also there. They just start a little later (from the 3:20 mark), after Mr. John Hennessey puts everything firmly into perspective. From then on, it really doesn’t matter all that much anymore as we’re already hooked by the roaring engine sound.

But we (heroically) remained firmly planted on the ground and found out that he’s a CEO through and through. That’s because he teases us when playing with the drive modes (“mud/sand, not today”) or shares a snippet of new upgrades to come while recounting the story of how the company is trying to convince the good folks over at Brembo to jointly develop a new brake kit for this “golden era” truck. 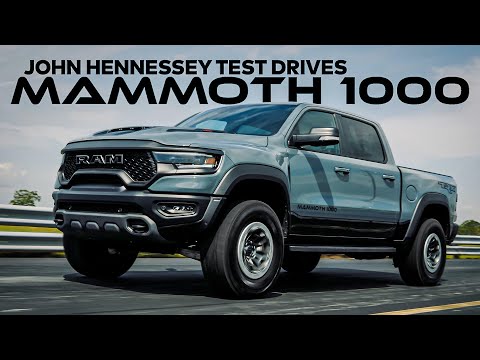 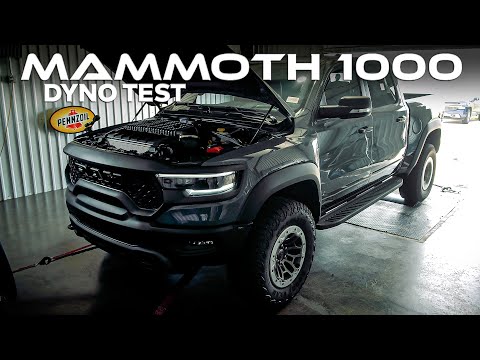