Three years after Porsche facelifted the 991, the 991.2 welcomed the GT3 RS at the Geneva Motor Show. Jerry Seinfeld owns an example of the corner-carving sports car, and his 911 is unique in terms of color.
7 photos

Liquid Chrome Blue Metallic is how the finish is called, and you certainly know it from the 918 Spyder. The paint-to-sample hue makes this 911 very special indeed, but the list of goodies doesn’t end here. Priced at $187,500 excluding optional extras, the window sticker for chassis number WP0AF2A92GS193911 reads $449,890 because Jerry spent hundreds of thousands of dollars on goodies that include the front axle lift, carbon-ceramic brakes, the Sport Chrono package, all-LED lighting, and the extended-range fuel tank.

Offered with only 1,582 miles (2,546 kilometers) on the clock, the GT3 RS doesn’t have a rear wing because Jerry wanted his pride and joy to hark back to the duck-tailed 911s from the olden days. Of course, the sale includes the factory-issue wing if the next owner prefers it. Kept in air-conditioned garages in New York and California since the very beginning, the one-off sports car is also rocking paint protection film from Suntek for additional peace of mind.

Offered by auction house Bonhams with an estimate that ranges between $290,000 and $330,000 excluding the buyer’s premium of eight percent, the 911 has been thoroughly serviced by Canepa two years ago. A collector-grade machine in every respect, the GT3 RS before your eyes is hiding a 4.0-liter boxer under the hood. Based on the competition-spec motor used in the GT3 Cup, GT3 R, and RSR racing cars, the free-breathing lump develops a whopping 514 horsepower (520 PS) and 343 pound-feet (465 Nm).

Capable of revving to 9,000 rpm although maximum torque and power are developed at 6,000 and 8,250 rpm, the GT3 RS is equipped with the seven-speed PDK rather than the six-speed manual transmission. Be that as it may, the dual-clutch option shifts much quicker than a three-pedal transmission.

100 kilometers per hour (62 miles per hour) in 3.2 seconds is admirable even by modern standards, especially for a rear-wheel-drive sports car. Top speed? Make that 312 kph (194 mph) with the rear wing in place, thank you! 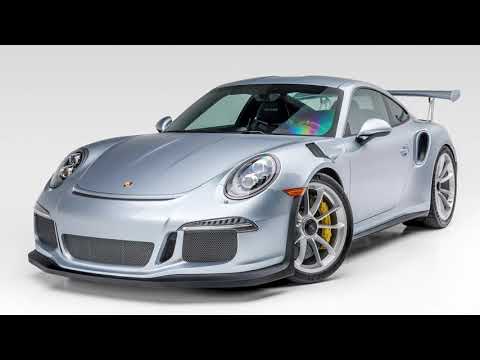