2 Jay Kay Is Selling His Green LaFerrari With 1,900 Miles On the Odometer

Jamiroquai lead singer Jay Kay is perhaps one of the best known and most passionate celebrity car collectors out there. His collection includes some 40 cars and a handful of helicopters.
9 photos

Jay is also known for switching cars up whenever he gets the chance: he sells some, buys others and, this way, is able to fully enjoy them all. The latest car from his collection to hit the auction block is perhaps one of the most special – she’s a “little darling,” as the singer himself describes it in the video at the bottom of the page.

We’re talking about a 1972 BMW 1602 that also happens to be Jay’s first car ever. He bought it already used, with some 20,000 miles on the clock and then drove it for 30,000 miles more, before selling it off to a fellow band member. Then, about 10 years ago, Jay decided he wanted the car back to restore it.

He never got around to that because being a rock star is a full-time job, so he’s now ready to part ways with it, so it can find a new owner that will take proper care of it. The 1602 is being sold through Classic Car Auctions without a reserve, and the entire transaction will take place online due to recent developments with the COVID-19 pandemic.

Jay himself admits that the BMW needs some TLC, while the auction house rates it a 60 out of 135. It’s in decent condition and in working order, but could be missing some parts and needs additional work. Even so, the car is expected to fetch between £8,000 and £10,000 ($9,970 and $12,400) – and part of that price tag is justified by the fact that it comes with a chunk of rock ‘n’ roll history.

According to the listing, Jay created most of his first album while traveling in it. Plus, it’s “offered at No Reserve, with the cachet of being a seventies BM and rock memorabilia,” the auction house says.

Once the deal is closed and the new Coronavirus situation is under control, Jay promises to personally hand over the car to the new owner, because it really means that much to him. An extra Jamiroquai memorabilia item of an unspecified nature will be included in the deal. 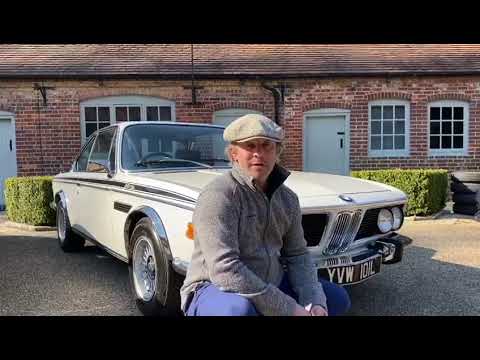