1 James May Scratches Coworker's Vehicle, Has It Fixed in Hammond's Workshop

2 James May Got To Finally See Hammond's Smallest Cog

5 James May Talks "Downsizing a Secret Weapon" as He Reviews the "Underrated" Alpine A110
Car video reviews:
Up Next

James May Is Our Man in Italy, Official Trailer Reveals He Had a Blast

James May, one of the three presenters on The Grand Tour, will be the star in yet another series. While it was announced on The Grand Tour channel, it will not include Jeremy Clarkson or Richard Hammond. Instead, it is a new travel series with the presenter, and it is the sequel to "Our Man in Japan."
7 photos

In this edition, James May is "Our Man in Italy," and he travels to the most gorgeous parts of the country. As Amazon notes, May will travel from the mountains of the Alps to the shores of Sicily, and he will explore the "two millennia of culture" that lie between them.

Since we are writing about The Grand Tour, this new show starring James May will not be just about food and culture, but also about vehicles. Italy has several iconic vehicle manufacturers, and the country is packed with passion for things on wheels.

Since May is also a motorcycle enthusiast, he is bound to make a few stops along the way. We can think of a couple of museums that could be featured, along with many brands. If you followed our Italian Month, you might have a couple of brands in mind.

The show will be available exclusively on Prime Video, and it is accessible to viewers in over 240 countries and territories, as Amazon notes. On top of food, scenery, beautiful cars, Nutella, and fashion, the show will also put a lens on the country's infrastructure, which has seen better days.

Initially, James was supposed to be "Our Man in the USA," but that was canceled due to the pandemic. We got Italy instead, so we will not see James trying to follow the route of the settlers and prospectors of old. Moreover, nobody will supersize James' coffee in Italy, so at least we know a couple of things about the show even before watching the trailer.

James May has been quite involved with Food Tribe, so we are bound to learn something about Italy, as well as Italian cuisine if we follow the show, which some of us have already scheduled to do once we have enough time on our hands. 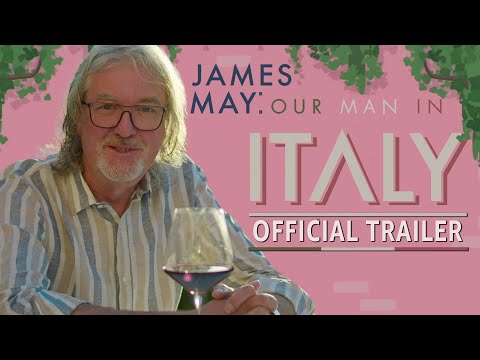