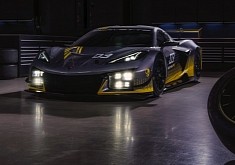 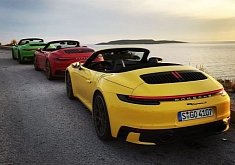 Stories about: The Grand Tour

16 Jan 2023, 17:50 UTC · By: Sebastian Toma / According to sources, Jeremy Clarkson's recent hateful comments have led him to lose his job with Amazon Prime Video. It has yet to be confirmed

1 Jan 2023, 21:00 UTC · By: Sebastian Toma / If you are a part of a Facebook group that is about cars, or if you follow people on social media and have things to say about someone's work, read this first

Harley-Davidson FXDR Goes Down The Grand Tour Road, But Not the Way You Think

10 Dec 2022, 00:26 UTC · By: Daniel Patrascu / Harley-Davidson FXDR gets transformed into a "work of art" by Swiss garage Bundnerbike, and gets renamed The Grand Tour.

James May's Crash Video Reaches the Internet, It Is Painful to Watch

19 Sep 2022, 15:54 UTC · By: Sebastian Toma / Footage of James May's accident from the latest episode of The Grand Tour has been published online by various parties. Viewer discretion is advised

James May Talks About His 75 MPH Crash That Left Him Hospitalized, Jokes About Insurance

1 Sep 2022, 09:14 UTC · By: Monica Coman / James May has now recovered after his recent crash into a wall, and he can even joke about the cast’s insurance total, calling Hammond the main car crasher

The Grand Tour Teases Its Upcoming Episode, a Scandi Flick, It Looks Fun

25 Aug 2022, 16:58 UTC · By: Sebastian Toma / The Grand Tour trio is at it again! We will have to wait until next month to see their latest adventure, but at least we now have a trailer of it

James May Hospitalized After Driving Into Wall at 75 MPH

13 Aug 2022, 11:44 UTC · By: Elena Gorgan / Report says the accident happened during a stunt for the upcoming episode of The Grand Tour, leaving May with a bloody head and a broken rib

James May Is Our Man in Italy, Official Trailer Reveals He Had a Blast

James May Got To Finally See Hammond's Smallest Cog

DriveTribe Is Shutting Down and It's As Official as It Gets

10 Jan 2022, 16:21 UTC · By: Sebastian Toma / The DriveTribe team has announced the website and the app are closing down forever at the end of this month. The decision is motivated by financial reasons

Richard Hammond Drives a Helicar in Carnage a Trois, to Clarkson and May' Terror

17 Dec 2021, 18:31 UTC · By: Sebastian Toma / Today marks the debut of the latest special by The Grand Tour, called Carnage A Trois. The production team has presented a new video from the special

Horsepower Versus Gravity: James May Races Professional Skateboarders in a Kia Stinger GT

30 Nov 2021, 14:01 UTC · By: Humphrey Bwayo / James May of The Grand Tour takes on professional skateboarders in a Kia Stinger GT in an ultimate battle of gravity versus horsepower

World's Favorite Trio Is Back for Another Special: The Grand Tour's Carnage a Trois

30 Oct 2021, 10:56 UTC · By: Todd Halterman / And Hammond’s Jaguar XK150 restoration project of his FHC (fixed-head coupe) was an inspirational project he and his restorers took on

23 Jul 2021, 12:18 UTC · By: Daniel Patrascu / Richard Hammond is planning to run his own restoration business, financial constraints made him decide to let go of a small fleet of vehicles.

James May Launches His Own Gin Brand, First Batch Already Sold Out

20 Jul 2021, 09:52 UTC · By: Sebastian Toma / James May has announced the launch of his own gin brand, and it is called James Gin. Each bottle of the first batch will be personally numbered and signed.

7 Mar 2021, 20:17 UTC · By: Mircea Panait / It's friendly to the environment, but the Toyota Mirai has fallen out of James May's favor because the UK has only 11 hydrogen stations

The Car Jeremy Clarkson Regrets Selling the Most Is His BMW 3.0 CSL

Jeremy Clarkson’s Modified Bentley, the MFB Continental, Has Been Saved