5 Shelby Teases “Something Special” for December 15, but Is It Really a V8-Powered Mustang?
Up Next

Aurel Niculescu
This week Ford wrapped up its seemingly perfect compact (unibody), mid-size, and full-size pickup truck trifecta with the presentation of the all-new global Ranger. Now all eager customers must do is wait...
42 photos

We have no idea if Blue Oval head honchos are up for some involuntary humor or not. But they may have just addressed the biggest issue with recent introductions – the much-delayed first deliveries. It is still late autumn 2021, and they just officially presented the all-new Ford Ranger, scheduled for release in 2023.

But no one is going to harass them with questions regarding its availability because the company itself does not even know if customers will get it as a 2022 model year. Rather, with order books opening late next year in Europe, it’s safe to assume that it will be offered as the 2023 Ranger. After all, the promised customer deliveries in early 2023 can always be postponed, Bronco style.

Though, on the other hand, Ford’s new Ranger has more design traits in common with the 2022 Maverick rather than its equally-delayed fourteenth-generation 2021 F-150 bigger sibling. Let’s not be hazardous with our predictions, and hopefully, we will be positively surprised... sometime early 2023. That is when Blue Oval assembly facilities in Thailand and South Africa are going to build new Rangers at full steam.

Before that happens, we need to get to know this all-new development a little better and decide if we are dealing with evolution or revolution. With Ford’s Ranger being a top-selling pickup truck across so many different markets, it is a complicated answer. The company promises this is the “mid-size truck people will want to own and experience.” That is an uphill battle when dealing with “more than 180 markets around the world.”

First, Ford bets on “living the Ranger life,” as it focuses on turning the pickup truck into a lifestyle experience that is suitable for everything – from work to family and play to adventures. So, its Product Development Center in Australia led the new iteration’s development, but with ample input from worldwide teams. Customers also contributed and now the company hopes “this Ranger (is) the toughest and most capable we’ve ever created.”

The evolutionary part of the Ranger has to do with the exterior design and its upgraded chassis. Not much has changed from the T6 days, but upcoming new owners will not mind that because of the cool high-tech features and modern details. There is a front, Maverick-like C-style signature, complete with first-ever matrix LED headlights.

Underneath the body, there is a slightly longer and wider chassis – with an additional 50 mm (almost two inches) for both the wheelbase and track widths. And round the back, the taillights mirror the innovative design with their easy-to-recognize signature. But wait, there is more as we get to powertrains.

Although thoroughly “proven,” no one is going to be surprised by the single and Bi-Turbo 2.0-liter inline-four diesel options. No technical specifications have been advanced, but most likely we aren’t looking at big changes. On the other hand, the new Ranger does feature an important addition – an equally “proven” 3.0-liter V6 turbodiesel. Again, there is no data about its capabilities, just yet.

Though, if it’s anything like F-150's Power Stroke option, then we are looking at around 250 horsepower and a good hauling and/or towing torque worth 440 pound-feet (597 Nm) of oomph. But that remains to be seen, as they say, it has been further developed for the new Ranger application.

After promises of improved ride and handling (which can’t be tested just yet), as well as talk of a flurry of customer-oriented features (from a 360-degree camera to wireless software updates), it all finally boils down to Ford’s new cockpit arrangement. That is Ranger’s revolutionary part, to be frank.

Inside, Blue Oval engineers apparently spared no expenses and dropped large 10.1-inch or 12-inch touchscreens to bode well alongside the company’s SYNC 4 infotainment system. There’s also a digital instrument cluster, as well as SYNC or app access to control the truck’s new exterior zone lighting system – which should make it a breeze to work or play around it in the dark. 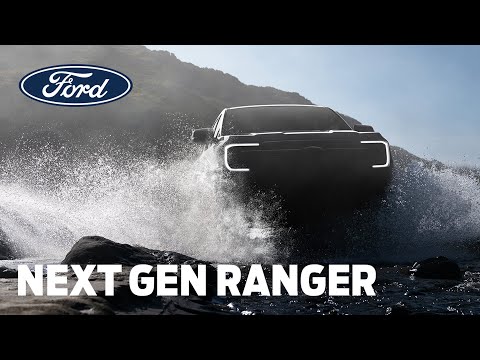 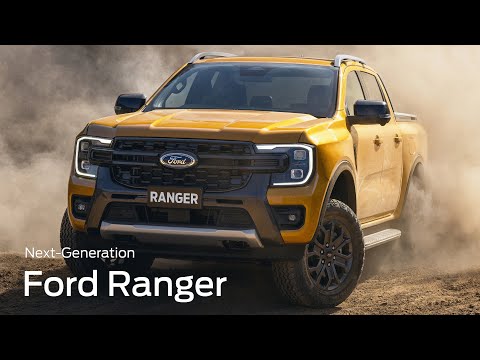 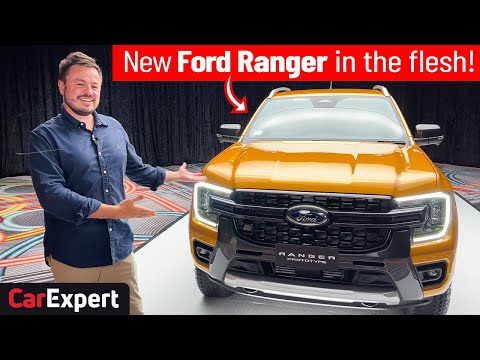 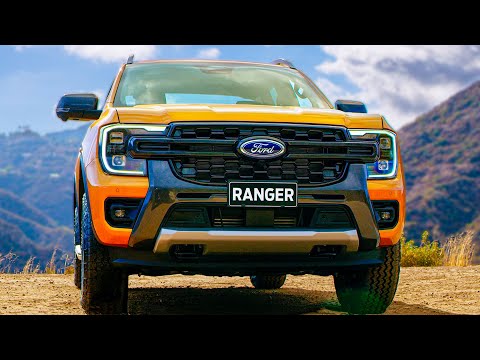