4 Pennsylvania Man Owns Over 40,000 Diecast Vehicles, Worth More Than His House

Recharge Your Gadgets With This Affordable, Eco-Friendly Window Solar Charger

Home > News > Videogames
Bogdan Popa
There are so many big racing titles on the radar, starting with the next Forza Horizon, which could see the daylight as soon as the next month, and ending with Gran Turismo 7, which has unfortunately been delayed to 2022 due to the global health crisis.
1 photo
But if racing sims aren’t exactly your cup of tea and you’d rather enjoy playing a fast-paced arcade that lets you smash into others without getting a penalty, then the upcoming Hot Wheels Unleashed is definitely worth a look.

We already know that Hot Wheels Unleashed was on its way to PC and consoles this year. Still, a new video published by Milestone certainly tickles our senses and gets gamers even more excited about this upcoming game.

Hot Wheels Unleashed seems to propose exactly the arcade racing game that you’d expect from such a release. And if you’re old enough to remember Re-Volt, you’ll probably love the new Hot Wheels as well.

Video footage shared by Milestone shows the game is still a work in progress, so some things might be different when the game launches in September. But at first glance, it proposes a rather simple approach that seems to lack the power-ups that would allow you to gain an unfair advantage in the race against others.

While some believe Hot Wheels is the kind of game that’s rather appropriate for kids, well, it’s not, and this gameplay trailer shows it could very well become a good choice for some Friday evening arcade fun with a few friends. Because undoubtedly, Hot Wheels Unleashed will be more challenging in multiplayer mode, as it’ll probably offer a pretty unique split-screen experience.

Hot Wheels Unleashed will launch on September 30, and just as expected, it’ll be available on both old and new-gen consoles, as well as PC and the Nintendo Switch. The multiplayer mode will support a maximum of 12 players. 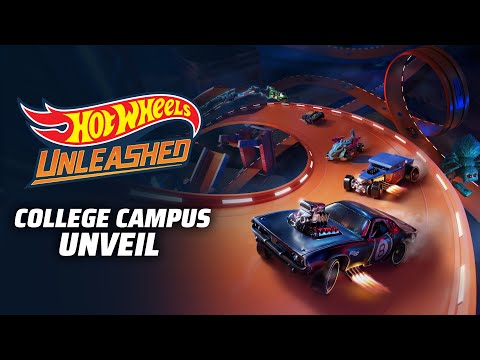