The market for all-rounder motorcycles, two-wheelers that can just as easily tackle short urban streets and long, unbeaten paths, is increasing rapidly, and this draws more and more players to the game. This week, it’s time for Royal Enfield to step into the fray with something it calls its first ADV crossover.
14 photos

Scram 411 by its official name, the motorcycle builds on the success of the relatively young Himalayan and hopes to capture the imagination of riders from across the world.

Built on a Harris Performance chassis, the Scram is powered by a 411cc single-cylinder engine, capable of developing 24 bhp and 32 Nm of torque. The bike rides on long-travel suspension (7.4 inches/190 mm) that gives the machine 7.8 inches (200 mm) of ground clearance.

The rider of the Scram is seated on a saddle that looks like it’s been designed for an urban bike, but can hold its ground during long rides. Up front, the bike gets a new digital-analog instrument cluster as a means to retain a certain sense of classic design.

“With our world increasingly becoming more fast-paced, life in the urban context has become about the weekday hustle and the weekend getaway, and everything in between,” said in a statement Siddhartha Lal, managing director of Eicher Motors, Royal Enfield’s owner.

“We wanted to build a motorcycle that could effortlessly navigate the entire gamut, and be the perfect ally for the young, modern-day rider. The Scram 411 is truly a motorcycle made for now, and is always ready to tackle whatever surprise is in store.”

As of this week, the Scram 411 is already available in India, where it sells in seven color combinations. The rest of the global markets should get it later this year.

The launch of the Scram 411 in North America is scheduled for this fall, with pricing and local specification to be announced closer to the launch time. 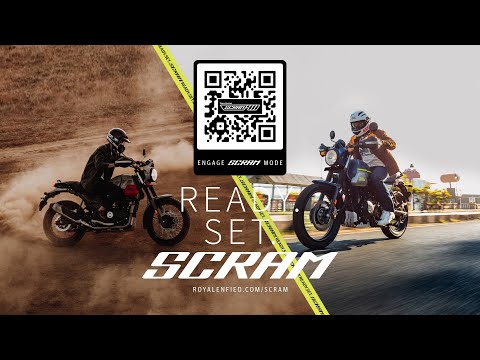