2 Indian Motorcycle Updates All Models For 2018, Adds Two Cruisers and a Bobber

3 Almost all 2018 BMW Motorcycles Get Updates

4 Four Indian Motorcycle Events To Attend In Europe This Summer

Celebrating its 115th year of existence, Harley-Davidson decided to do something special, so it killed the Dyna lineup. Don’t worry though, as the company claims the model’s spirit is contained within its groundbreaking new 2018 Softail stable it recently unveiled.
12 photos

The Milwaukee bike builder says this is its largest project so far, and the 2018 Softail lineup has been reengineered to be significantly lighter and stiffer thanks to new frames. The models have also adopted the all-new Milwaukee-Eight engine, which can be had in 107 and 114 flavors depending on model.

“The new Softail models are the result of the most extensive research and development program in the company’s history,” said Paul James, manager of product portfolio, Harley-Davidson. “Thousands of hours of research and testing were put into the complete ground-up design of these new cruisers. We focused on taking the total rider experience to a higher level, where authenticity, heritage, and soul meet the modern edge of technology for a ride that must be felt to believe.”

Engineers have also developed two new swingarms, one for narrow and one for wide rear tires, both being lighter than previous models. Also, all-new front and rear suspensions have been calibrated to work best for this setup. The suspension is optimized for both comfortable cruising and spirited riding with 130 mm of bump-devouring travel. Retuned and optimized rake and trail also enhance the motorcycles’ handling performance.

The tech department had a lot of work to do as well because every Softail now comes with the Daymaker Signature LED headlamps, an improved electrical charging system (working at more than double during idling), easy-adjust rear shock preload, USB charging port, new instrument clusters, and even keyless ignition.

Design wise, the eight new Softail models come with more modern lines too, strongly differentiating them from their predecessors as well as from each other. H-D says it looked at every nut and every bolt on the bike, all the finishes, and every small detail to make them really stand out. 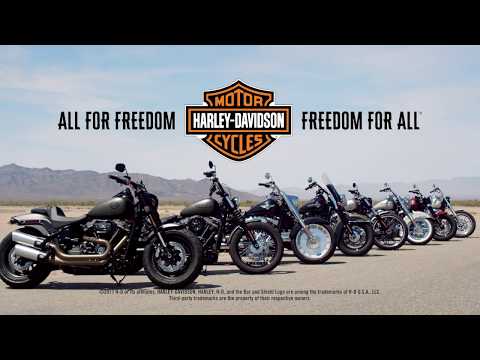 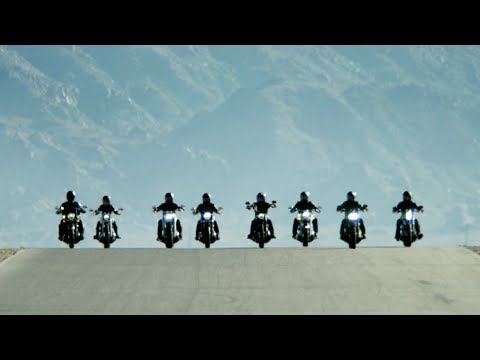