Bogdan Popa
Grand Theft Auto V is already a super-old title, but that doesn’t necessarily mean it’s no longer an awesome game. Millions of people are still playing it today, and it’s honestly no surprise, as no other game released so far brings us the original mix that GTA V came with from the very beginning.
6 photos

And while Rockstar is also releasing some small tweaks for GTA V, it’s the community out there that comes up with totally impressive updates for the game.

This time, the folks over at Digital Dreams have published a video showcasing their Ultimate Mod, an ultra-realistic mod for GTA V that adds 4K graphics for pretty much everything.

The video that you see here, and which you obviously need to view in 4K mode, shows the beauty of Los Santos with new-generation graphics, and of course, it was only a matter of time until people started dreaming about GTA 6 once again.

While very little is known about GTA 6 at this point, with people still hoping the game would go live at some point in 2022, this 4K version of GTA V is pretty much the closes we can get right now, though it also comes with some bad news for those who hoped they could download it today.

Digital Dreams is keeping this ultra-realistic mod for GTA V as exclusively as possible, so it’s only available for Patreon supporters, obviously in exchange for a fee. In other words, no, you can’t have this mod free of charge, but make sure you check out Digital Dreams’ work because the efforts they put into improving the graphics of GTA V and other games is impressive, to say the least.

In the meantime, if you’re playing GTA Online, make sure you download the most recent update because Rockstar released a patch a few weeks ago that finally resolves the ridiculous loading times in the game. 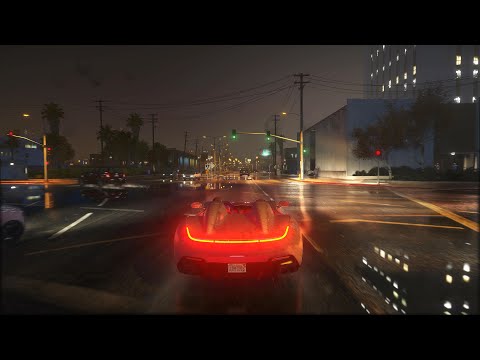