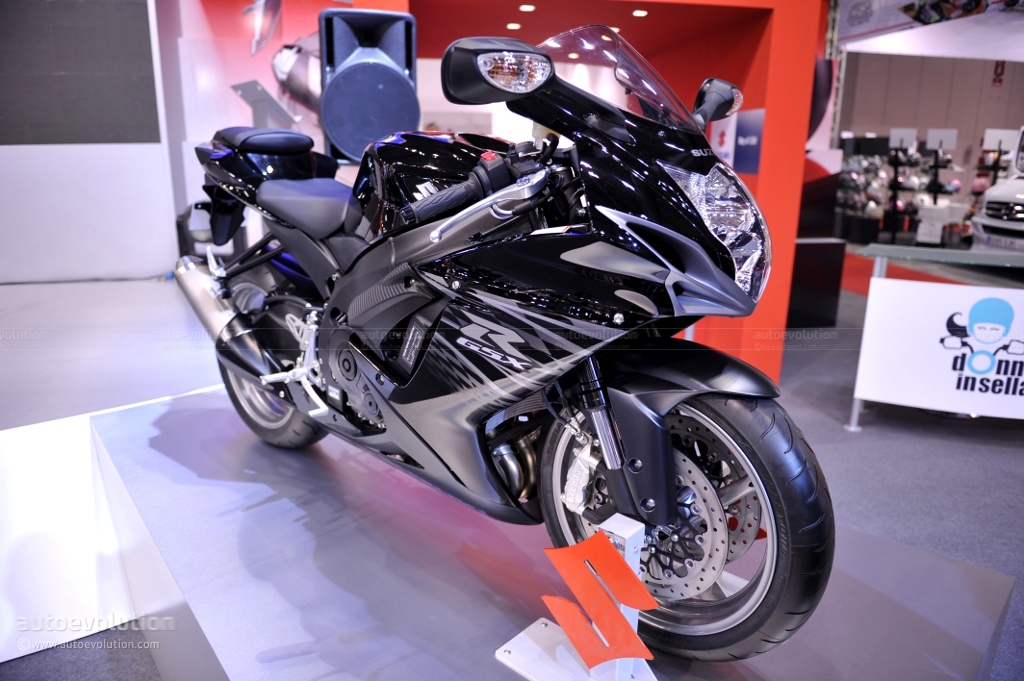 We have already shown you the new face of the range topping GSX-R1000, now it’s the turn of the two little brothers.

The new 43mm Showa Big Piston Forks (BPF) front forks shed a bit of weight and also improve handling. A further 900 grams were shed by the rear swingarm. Fans of Brambo brakes will be happy, as the new models get a special set of radially-mounted front calipers.

The biggest visual changes over the previous generation are the four air intakes stacked to the sides of the slimmer headlamp. That headlamp now uses stacked high and low beams, putting the 600 and 750 in line with their big brother. The two bikes were both created by famous Japanese designer Shigeru Uchiyama, who also penned the GSX-R1000, so it’s no wonder they look so similar.