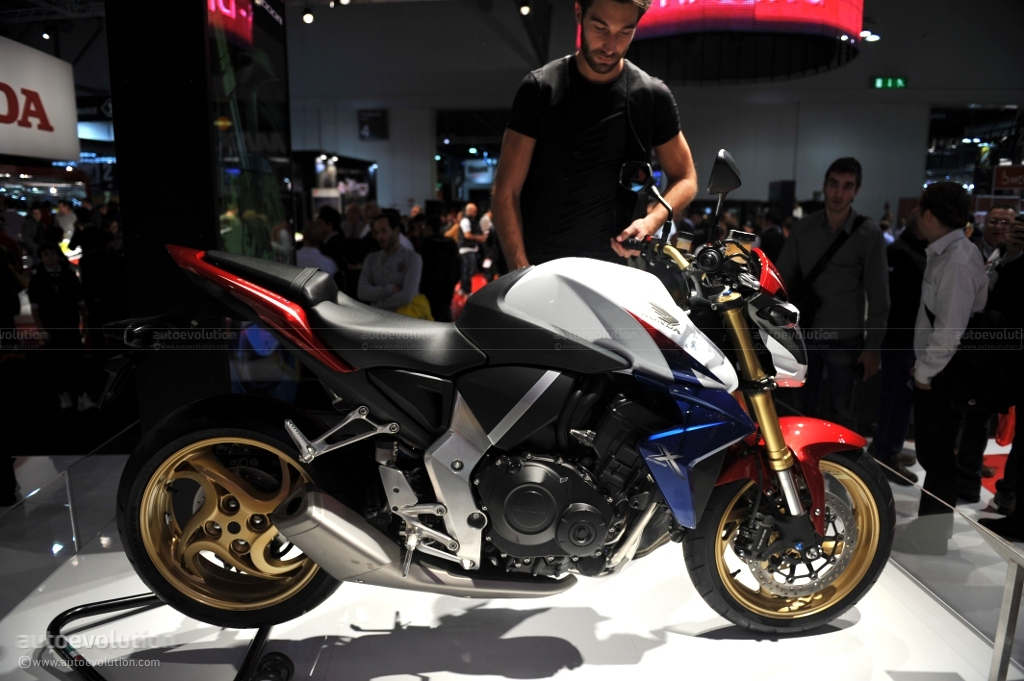 The CB1000R is the biggest city bike present in this year’s Honda stand at the EICMA motor show in Milan. Originally launched in 2007 at the Milan Bike Show, it was planned as a replacement for the Honda CB900F Hornet.

The engine is a 998cc liquid-cooled inline four-cylinder with a compression ratio: 11.2:1, DOHC and four valves per cylinder.

“When you look at the new CB1000R, you see a motorcycle with roots that stretch back to the seminal four-cylinder classic CB750K0 introduced by Honda in 1969. Yet at the same time the CB1000R carries a sporting heritage so modern that it will attract many of today’s most sophisticated and demanding street riders,” stated the press bump released at the motorcycle’s launch.

“Perhaps best of all, the roomy seating position delivers excellent rider comfort and tremendous versatility for long-distance travel and two-up riding. With all these features and more, the 2011 CB1000R is the most modern iteration of a long line of much-respected high-performance unfaired four-cylinder bikes—the classic hot-rod Hondas. Available in Pearl Black beginning in Spring 2011,” the press release rightfully stated.