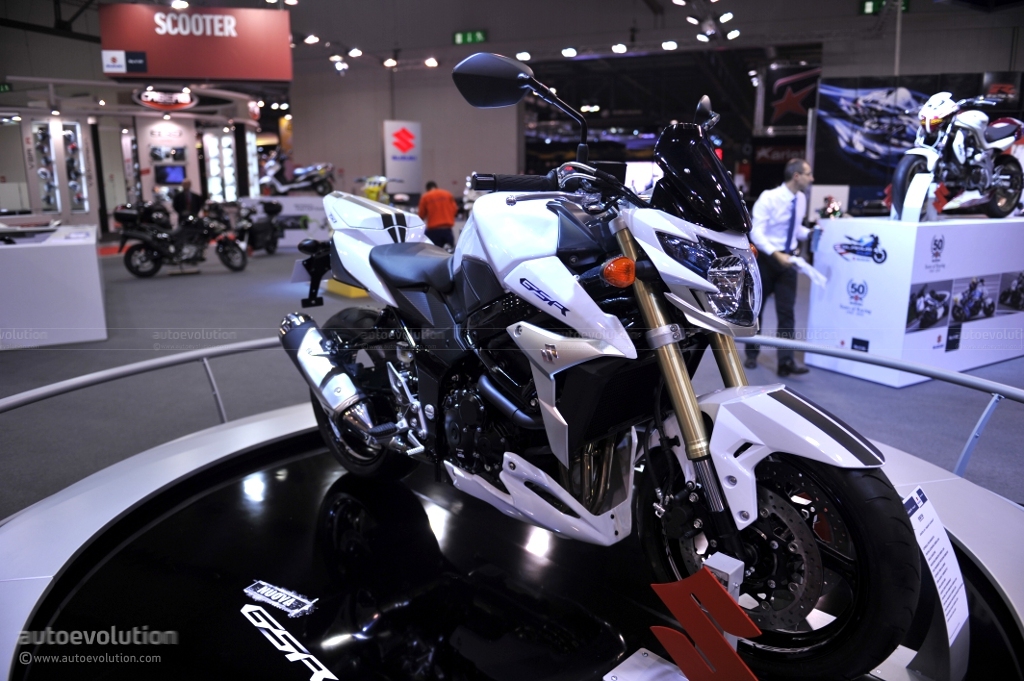 This year’s EICMA motor show in Milano welcomes the arrival of the new 2011 Suzuki GSR750, the new middleweight naked bike from the Japanese manufacturer’s stables.

As the name suggests, the bike uses a re-tuned version of the engine in the GSX-R750 but with better low and mid-range power. The engine is a liquid-cooled, four-cylinder DOHC four-stroke with a bore and stroke of 72 mm x 46 mm and four valves per cylinder. A set of Suzuki Dual Throttle Valve (SDTV) throttle bodies are used, two for each cylinder, with two butterfly valves linked directly by cable. Peak torque should remain around the same levels as the GSX-R, but the curve should now be bigger.

Front brakes are composed of two 310 mm fully-floating brake discs, with Tokico hydraulic dual-piston calipers. At the back a single 240 mm brake disc is coupled with a Nissin single-piston caliper. ABS can be specked as an option for the naked bike.

The GSR750 will have a lot of competitors to worry about, such as the 2011 Kawasaki Z750R, Yamaha FZ8, Aprilia Shiver but Suzuki have taken measures to keep the costs as low as possible.

The 2011 Suzuki GSR750 should claim the lion’s share of the middleweight naked class, with a prices starting at around EUR7,500. However Suzuki are most unlikely to bring it to the US.