3 A$AP Rocky Would Rather Ride e-Bikes Than Drive a Ferrari in L.A.

Celebrity cars can sometimes be a little too much for the regular Joe or Jane because celebrities have rather outlandish tastes in everything. But this one is perfect for the guy or gal looking for something cool, powerful, comfortable, and “sexy.”
15 photos

That’s exactly how rock icon Dave Mustaine, of the early Metallica and Megadeth fame, described his “baby” and daily driver, a 2006 Aston Martin Vanquish S, back in 2014. The car is now for sale on Bring A Trailer and, believe it or not, it looks as good as new.

Build for the Megadeth rocker, the first-gen Vanquish S comes with a plaque to certify it, though no accompanying documentation. However, the same plaque is shown in this older interview with Mustaine, and the chances of Aston Martin putting a second such plaque in a car that was not for the rocker seems ridiculous. So, it’s safe to say this is his.

In the same interview, the rocker rated it a 10 out of 10, saying, “I like the fact that I've got James Bond's car and he doesn't have my guitars, to be cheeky. But honestly, I think it's a really sexy car, it's got a lot of muscle, it's really sleek, the interior is really comfortable.”

These are qualities that could appeal to buyers if the celebrity association doesn’t. These, and the fact that, after so many years, the Vanquish remains in excellent, as-new condition—albeit showing 23,000 miles (37,014 km). The only exceptions are the replaced rear sway bars and separated leather on the dashboard from exposure to the sun.

With two more days to go into the auction, bidding sits at $65,000 as of the time of press. 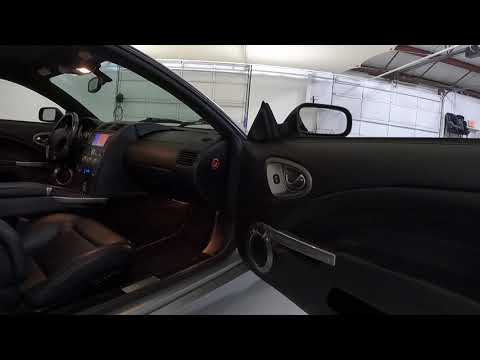