Aston Martin said farewell to its mighty flagship lineup DBS in 2023 after it introduced the final version, named DBS770 Ultimate, which was available in a coupe and a convertible shape.

The British automaker produced 300 units of this magnificent coupe, and the sales started long before the car was publicly announced. Compared to many other special editions, this DBS770 Ultimate didn't just provide a few new lines on the hood and new upholstery inside the cabin. Instead, it was a refreshed vehicle that included upgrades in all areas, including under the hood.

On the outside, the DBS770 featured a new front bumper fitted with a broad air intake in the middle and a pair of lower-mounted scoops to cool the brakes. In addition, the hood featured a more aggressive vent that helped cool the mighty twin-turbo V12 that powered the car. On the sides, the Ultimate received a set of 21" alloy wheels available in three finishes: Satin Silver, Sating Black, and Sating Black with Diamond Turned.

Aston Martin also worked its magic on the car's interior and installed standard Sports Plus Seats wrapped in semi-aniline leather and Alcantara. These were stitched in a quilted pattern. As an option, the automaker offered a set of performance seats that were more useful for those who wanted to take the car to the track and unleash its full potential. Another visual upgrade was offered on the gearshift paddles, which were made from carbon fiber. Last but not least, a laser-etched DBS770 Ultimate logo was imprinted on the center armrest.

Under the hood, the car was fitted with the same 5.2-liter V12 twin-turbocharged that was already known from its previous versions. Only this time, it developed 770 PS, 45 more than on the original 2018 model-year DBS. 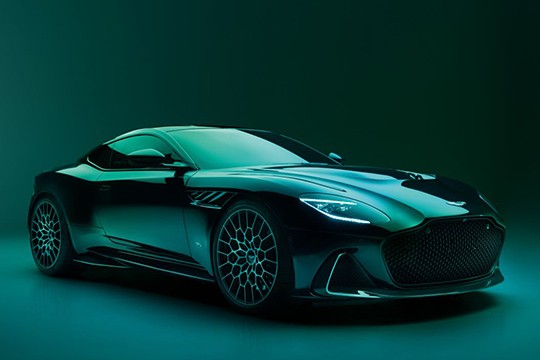