5 SIVRAC Is a Smart, Electric, Foldable Bike like No Other
Car video reviews:
Coverstory

Cybertruck-Inspired Bike Is AI-Optimized, Rides Itself and Is Fully Controlled by Software

An AI (artificial intelligence) copilot that lets you ride it safely without hands, and software that controls nearly every component of it, make the Weel EV-B the smartest e-bike ever built, at least in the opinion of the manufacturer.
7 photos

Nowadays, we’re surrounded by smart vehicles, but the Weel EV-B takes the use of technology to a whole new level. The bike’s design is inspired by Tesla’s Cybertruck, boasting an aluminum frame and a futuristic look. It was developed by three US-based visionaries (David Hansen, Justin Corbett, and Dylan Meehan) who wanted to build a cool EV that looks like a bike, is defined by software, and can ride itself.

While it is not available to buy just yet because the wheeler you see in the images and the video below the article is still a pre-production version, you can still get a pretty clear idea of what the bike is capable of.

With software controlling almost every aspect of the EV-B, you can use the dedicated app to tune anything on it. You can choose the class of the bike based on the regulations of the country you are riding it in, you can control its brakes, pedals, throttle sensitivity, and much more. Even though the top speed of the two-wheeler is limited by the software, you can still hit 50 mph (80 kph), depending on how you customize it.

The Weel EV-B has regen pedals, motors, wires, and a lot of sensors that replace components such as chains, gears, and hydraulics. The smart bike has an integrated dashcam in the front, offers 360-degree vision, is packed with radar and LiDAR, can anticipate forward collisions, and can initiate braking, to name just a few of its cool features. It also learns your riding style and adjusts itself accordingly over time.

There are a plethora of parameters and settings you can adjust via the app, with the Weel Copilot feature being one of the coolest available, keeping you balanced even when your hands are not on the handlebars. Another notable feature is the Elevator Mode, which helps you carry the wheeler with ease into an elevator or up the stairs.

Most of the specs of the bike haven’t been revealed so far, so we have no info on the motor and the battery. However, Weel does mention that they are fully customizable, so you can basically get as much range and speed as you want out of the EV-B. We also know that 15 minutes of fast charging will add 5 miles (8 km) of range.

The Weel EV-B will be somewhere in the $5,000 price range. If you want to have a shot at participating in a beta test of the bike, you have to apply on the manufacturer’s website. Meanwhile, you can see the wheeler in action in the video below. 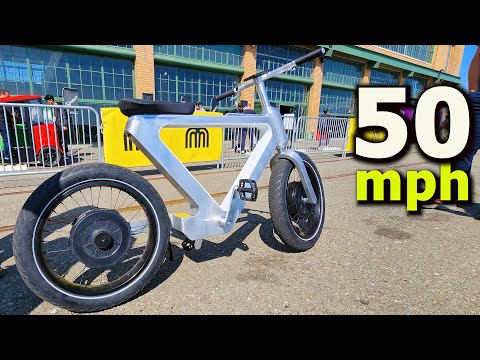