3 This Brunette Says the Challenger Hellcat Is "F-ing Awesome"

5 Bikini Model Washes a Challenger Hellcat, Films Herself on the Joyride
Car video reviews:
Up Next

Challenger Hellcat Driver Tries to Look Cool, Flips a Silverado Over Instead

Whatever happened to Mustang drivers being the only ones getting in trouble after leaving car meets? As it turns out, all you need is a reasonably powerful engine, rear-wheel drive, and a person who’s not exactly the second coming of Lewis Hamilton behind the wheel.
7 photos

This incident took place recently in Loveland, Colorado, during a Cars & Coffee meet, a gathering which, by the way, is canceled now thanks to one person’s recklessness, as per the event’s official Instagram page.

So then, what exactly went wrong? Just as the Challenger Hellcat is pulling out onto the main street, you can see the white Chevy Silverado drive by, its driver completely unaware that they are now just seconds from disaster—this is starting to sound like the beginning of a Mayday episode, the ones where air crash investigators walk us through what happened with various airline incidents.

The Hellcat’s supercharger howls as the driver makes a left turn and begins accelerating immediately, catching up to the white pickup. Suddenly, the rear end steps out and, while we do see a quick attempt at counter-steering, it was to no avail.

The muscle car hits the truck so that it digs its front end underneath the Chevy. The laws of physics then take over, and the rest is history.


The truck ultimately ends up balancing itself on its roof while the Dodge waves goodbye to its handsome appearance. Thankfully, the occupants of the Silverado were unharmed, according to the description of one of the videos.

As for what we can take away from this crash, well, Hellcats have a lot of torque at their disposal and if you’re going to floor the throttle and your tires are already cold, you’re going to slip and slide all over the place. Be mindful of cars that are very powerful, especially if they also have rear-wheel drive. 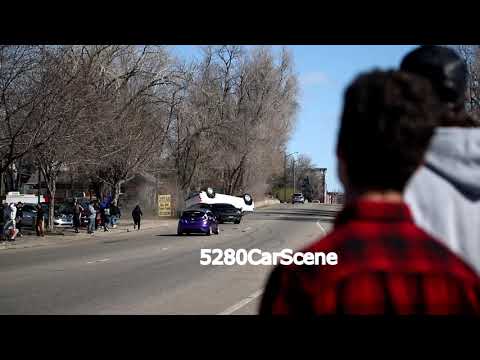 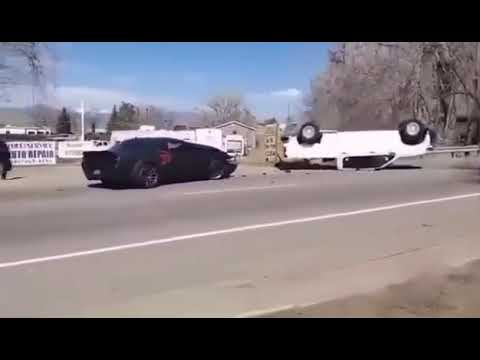