Aurel Niculescu
The Bavarians presented back in 2018 at Beijing their first-ever battery electric BMW SUV – or Sports Activity Vehicle, as they prefer to call them. Their iX3 was a tame EV reinterpretation, fortunately.
20 photos

Officially revealed in its production version almost two summers ago, the iX3 compact luxury crossover EV morphed the standard X3 into a zero-emission, 80-kWh battery pack high-riding carrier. Perhaps the world was not too impressed with its rather bland design. So, BMW pushed the envelope further than anyone could have imagined.

And so, they came up with the insipidly named iX flagship. One can easily imagine this is not the end of the (mildly off-road) journey of X-branded electric vehicles. After all, BMW has more outrageous ideas that can be electrified, such as the controversial Concept XM. And virtual artists are always up to the task of delivering more questionable designs.

There is one in particular. Hidden behind the SRK Designs channel on YouTube, he/she has a major knack for behind-the-scenes transformations of recent, outrageous BMW models. Sure, one might say the CGI experts morph whatever is given to them. So, let’s not hold it against the pixel master for BMW’s own styling mistakes.

Anyway, the latest BMW entry in this continuously evolving design saga is one that might bode very well for the Bavarian-focused audience. An iX5 electric variant of the current, G05 BMW X5 mid-size luxury SUV. Naturally, the CGI expert went for the most outrageous DNA, splashing the digital vision with instances of iX and Concept XM styling genes.

Obviously, given the track record of both this virtual artist and the references for design inspiration, one might be quick to discard this as having an appalling result. Well, it is not without possible mixed feelings. But it’s also way better than we expected. In the end, beauty is always in the eye of the beholder, though we can still imagine this to be more of our cup of tea in place of BMW’s real-world iX or even the Concept XM. 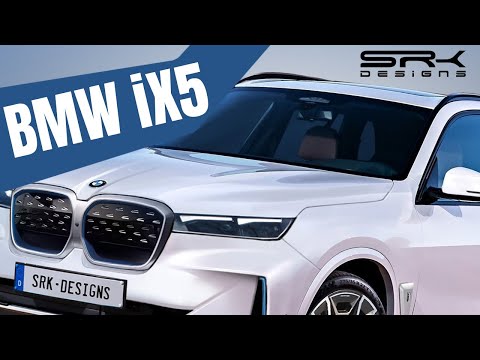