Aston Martin-Designed Airbus Helicopter to Be Unveiled in January

As a maker of luxury cars, Aston Martin is a company in high demand when it comes to designing products otherwise unrelated to the automotive industry. Over the years, we’ve seen the Brits lend a hand to groups wanting to come with anything from lifestyle items to buildings.
8 photos

In the first days of next year, a new Aston Martin-designed products will be launched, one that has taken about a year to come to fruition. We’re talking about a helicopter made in collaboration with French Airbus Corporate Helicopters.

The carmaker did not specifically say what we’ll see then, and so far it only released a short video of what’s to come. But the clip is titled ACH 130 AM, and that’s enough said.

ACH stands for Airbus Corporate Helicopters, and 130 is the number given to a single-engine chopper design with a shrouded tail rotor. It can seat up to six people in forward-facing positions and is powered by a Safran Arriel 2D engine that develops 952 hp at takeoff.

Obviously, the AM letters in the helicopter designation stand for Aston Martin, and as far as we can gather from the clip, we believe the Brits have been responsible for designing the interior. We see a lot of leather and stitching shots in the 23-seconds long teaser.

“Applying our own automotive design principles in the aerospace world is a fascinating challenge and one that we are very much enjoying,” said in statement Aston Martin Lagonda Vice President and Chief Creative Officer, Marek Reichman.

“I’m looking forward to the reveal in the New Year so we can show everyone what we have accomplished together.”

Presently, the fleet of Airbus corporate helicopters comprises six models. The company says it currently has in operation 1,800 of them, spread throughout 130 countries. Combined, these helicopters make up for more than 50 percent market share. 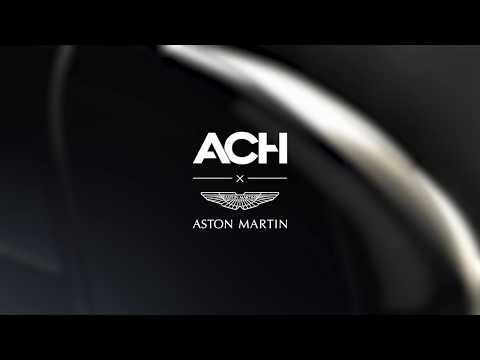