1 G Herbo Couldn't Be More Pleased With His Black McLaren GT, It Has a Yellow Interior

3 Is It Possible to Live With a McLaren GT as a Daily Driver? Reviewer Finds Out

Home > News > U-turn
16 Jul 2022, 21:44 UTC ·
by Razvan Calin
Based on the 720S, the GT is only a notch more domesticated, with its smaller turbos and somewhat larger luggage space. However, it didn't catch the eye of Grand Tourists, and the automotive world has yet to discover what it missed out on.
8 photos

Because there is one McLaren GT that pretty much raised the bar for all other GTs on the road. A tunned one, mind you, (with 150 HP extra over the regular 620 of the factory GT) took a shot at top-speeding on a public road. It hit 216 mph (348 kph) and only stopped there because the driver didn't feel like having another go at it.

The driver is a YouTuber who regularly posts videos with (very) high-performance cars, so he takes credit for being honest in his reviews. In all fairness, he does specify that the exuberance he felt behind the wheel of the 770 HP McLaren GT might have a lot to do with the extra power of the car. But other features make a good impression on him and are available in all the other GTs of the same make and model.

The out-of-ordinary GT starring in the video made little effort to reach 216 mph, thanks to its slender body, 3.200 lbs (1.5 tons) lightweight carbon fiber structure, and bespoke tires. Also, the 727 lb-ft (987 Nm) of torque makes quite a treat. The view from inside the ca is solid proof of the raging performance. Still, other than the numbers on the dial, nothing else hints at the test's sheer violence. In the second video, you can see an earlier high-speed drive with the same car, no comments, and drive-by videos taken from vehicles moving on the highway.

Enthusiastic as this driver may have been, the factory McLaren GT has fallen short of expectations for unknown reasons. Whichever those may be, if you happen to own one, take the YouTuber's solid advice and do not replicate his feat on a public road. Not even in Germany, where these test are performed regularly. 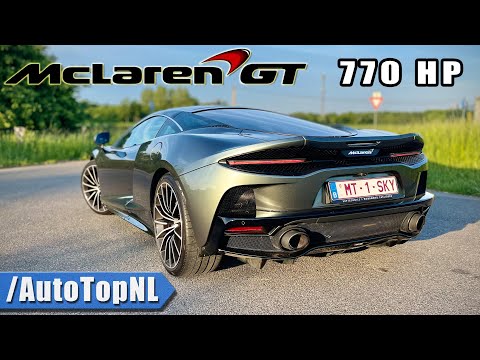 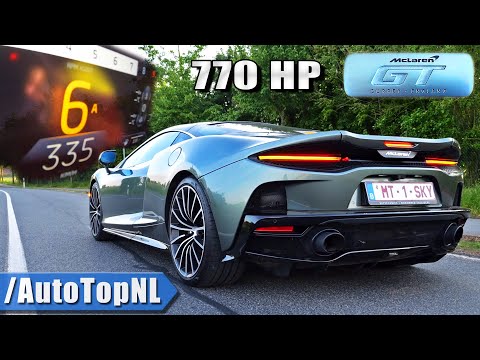 Editor's note: This article was not sponsored or supported by a third-party. Photos of the car are not of the actual vehicle involved in the events depicted in the story.