2 New Hot Wheels Set of Five Cars Will Make You Feel Like a Kid Again, Zoinks!

5 55 Years of Hot Wheels Corvettes: the Exciting '90s
Up Next

Dragos Chitulescu
As we have entered the last few days of Corvette Month on autoevolution, we're rounding up our analysis of Hot Wheels 'Vette castings. We've split 55 years into five eras, but due to the large number of different collectibles, there are more than five stories to look at. For the modern era of 1/64th scale cars, we are once again going to give you the facts and figures in two separate parts.
29 photos

The fifth era of Hot Wheels accounts for a total of 19 Corvette castings and 157 variations of them. And one of the most popular models so far is the 1976 Greenwood Corvette designed by Jun Imai.

This vehicle pays tribute to one of the best-known racing Corvettes in history, the one that John Greenwood drove back in the '70s. It was introduced in 2012 as part of the Hot Wheels Racing: Road Racer series. You may remember that James Garner's Copo Corvette was also included, and we've found the whole series for sale for just under $500.

If you only care for the Greenwood 'Vette, that should cost you about $125. The Mainline debut came in 2013, as the casting was used for the HW Showroom:Corvette 60th series. Naturally, a Super Treasure Hunt was in the works, and it showed up in 2014.

The Spectraflame Orange 'Vette featured Gold eight-spoke wheels, and you can only get it for cheap if you settle for the Long Card version. Someone is selling a Short Card model for $325! The 2015 Convention model is quite pricey as well, with an asking price of $160.

You can find the Collector Edition one for less than that, but it's still a nice item to have around. A Metallic Beige variant is included in one of the new cases for 2023 and features a Dragon-inspired livery.

Brendon Vetuskey designed the Corvette Grand Sport Roadster, which is based on the Grand Sport casting we talked about in a previous story. This item was introduced in 2015, and we've already seen 15 variations of it so far.

It has been used as a Super Treasure Hunt twice in its short history. The first time was back in 2019, when it featured a Spectraflame Gold paintjob. The second time around was in 2021, when it was finished in Spectraflame Teal. If you're lucky enough, you can snatch both of them up for less than $100.

Moving on to the third casting of today, it's the Ryu Asada-designed Corvette C7.R. We just recently took this for a spin around the Nurburgring in Assetto Corsa, and it holds a special place in our hearts for sure. This casting was released in 2015 with the classic yellow livery.

Someone's even trying to sell one of these with Antonio Garcia's autograph on it. We haven't seen one in stores since 2021, but you'll find 14 variations of it online. There are a few store-exclusive ones, that were only available in places like Walmart, Kmart and Target. Be on the lookout for the iD variation that came out in 2019. It's not as expensive as you might think, with prices of up to $44.

The 2012 Corvette Z06 casting drew inspiration from the Centennial Edition of the 1:1 scale vehicle. But collectors who wanted something more than just the plain black version would get what they wanted soon enough.

Between 2012 and 2021, Mattel has revealed 12 variations of this casting. But we've sadly never seen a Premium iteration so far. The good part about it all is that you'll be able to get all these items for cheap, further speeding up the process of creating the ultimate Hot Wheels Corvette collection.

Next up on our list is the '55 Corvette that was designed by Leeway Chang. There are 12 variations of this as well, and you'll see the newest one in the 70th Anniversary set that's coming out soon.

Still, the most interesting one you can buy so far is the 2016 Collector Edition model in Spectraflame Blue that sits on DISC wheels. Some sellers on eBay are asking for as much as $116 for one of these, but upon further research, you'll be able to get it for half of that amount.

In 2014, Hot Wheels introduced the '14 Corvette Stingray Convertible, an item we've seen coming out with a different color every year since that moment. In a rather strange twist of events, this casting has been used as a Barbie-special item twice in a row. And Mattel has also included it in the Halloween series back in 2021. You might like the 2019 Dark Green version, which kind of reminds us of an older C5 casting.

Hot Wheels and exposed engines go together like salt and pepper. So when the 1968 Gas Monkey Garage Corvette first showed up, it was bound to be an instant hit. The first version came out in 2017, and it was meant to be a reflection of the Midas Monkey built by Richard Rawlings and his crew.

There have been 10 more variations released since, and two of them are part of the 2023 series.As a matter of fact, it's likely it will be the Super Treasure Hunt for Case F when that makes it into stores. But until then, you can have a look at the 2021 Replica Entertainment premium model, which is strangely quite affordable for some reason.

The last casting we'll talk about in this story also happens to be the last one with more than 10 variations released so far. The C7 Z06 Convertible first showed up in 2018 and was designed by Mark Jones. Just last year, it was used as a Super Treasure Hunt model.

It featured a K&N livery and should cost you between $20 to $100 today. And if you stick around, we'll be back with the last part of our Hot Wheels Corvettes story. This time we'll look at the Modern Era castings that have had 10 or less variations to them. So there are just 11 more cars to go! 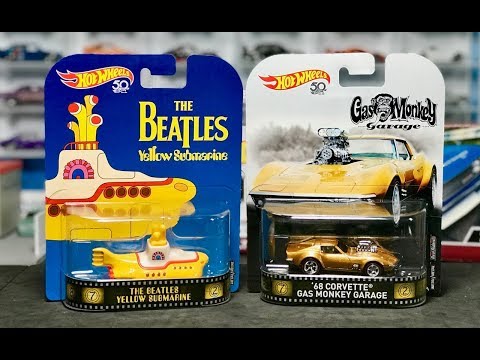 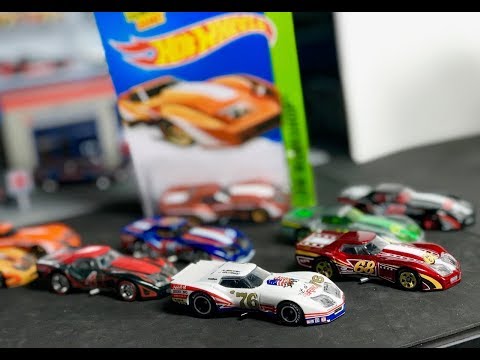