4 Lamborghini Urus STO Feels a Digital Need for V10 Power, Would Tear Up Any Track

Mere hours ago, Hyundai teased the upcoming arrival (set for later this month) of the 2023 Ioniq 6 battery-electric sedan with help from a rather unrealistic sketch rendering. Well, the virtual realm can do so much better, as it turns out.
21 photos

Looking just as sleek as an imagined UFO, the real 2023 Hyundai Ioniq 6 EV sedan will not be nearly as nice as the Hyundai Prophecy concept. Alas, that does not mean it will fail to challenge the likes of the Tesla Model 3, currently a compact executive sedan that rules undefeated across the plug-in electric vehicle market for years.

Oh well, as has happened many other times before this marketing OEM move, we can always rely on the virtual realm to do so much better when it comes to accurately showcase unreleased new models based on spies, leaks, and official teasers. And the good folks over at the Gotcha Cars channel on YouTube have yet another unofficial sneak peek of the Ioniq 6 prepared in conjunction with the latest marketing stunt.

While the last time we checked out the unofficial Ioniq 6 imagined by the channel’s virtual artists, we saw a traditional front three-quarters POV and the official sketch rendering showed the impossibly sleek profile, the new take on the South Korean EV sedan matters is giving us the pixel-style rear end now. And, we have to say, it clearly is something else – both when compared to its already released, popular siblings (Hyundai Ioniq 5 and Kia EV6), as well as when meeting a Tesla Model 3.

But that is clearly for the better, at least as far as this unofficial depiction is concerned. Remember, do take all these imagined visions with a healthy dose of salt, as they were sometimes way off the mark, like in the case of the 2024 Chevy Blazer EV. Alas, all Ioniq 6 mysteries will soon be unraveled, so we just need to be patient for a little bit more. 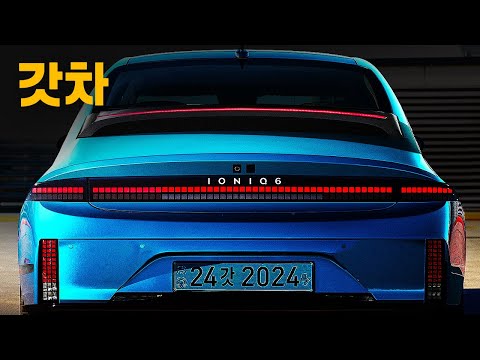