Previewed last week by none other than BMW, the G81 is right around the corner. The M3 Touring challenges the RS 4 Avant and C 63 T-Modell with a familiar powertrain and M3 Sedan-like design traits for the front fascia.
23 photos

Rendered by SRK Designs in a beautiful shade of gray complemented by a gorgeous blue for the brake calipers and black-finished wheels, the M3 Touring in the following clip brings the point home with black mirror caps and glossy carbon for the roof. Similar to recently spied prototypes, the computer-generated image flaunts the sedan’s tall yet narrow front grilles.

Pictured on summer-only performance tires, the G81 is expected to come with M xDrive completely standard. The rear-biased system offers up to five configurations based on combinations of the drive and DSC settings. The most interesting of the lot is – of course – 2WD with dynamic stability control turned off. This configuration alone sets the M3 Touring apart from the upcoming C 63 T-Modell and the soon-to-be-redesigned RS 4 Avant.

Unfortunately for the most enthusiastic of drivers, a six-speed manual is unlikely to happen. The only transmission expected is the 8HP, an eight-speed box introduced by ZF Friedrichshafen by the 2009 model year 7er.

Still regarded as the best automatic in the world, the 8HP integrates four planetary gearsets, three clutches, and two brakes. The commonalities among 8HP variants make it easy to service, and the clever software helps this fellow to downshift and upshift as quickly and efficiently as possible. 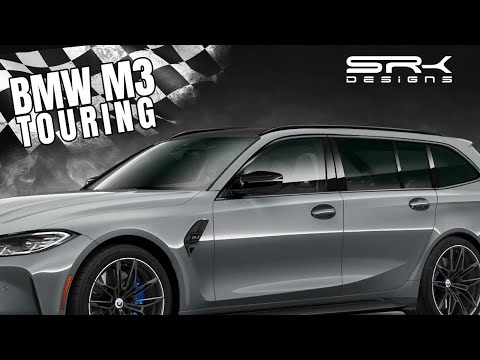