Silvian Irimia
2022 NASCAR Kwik Trip 250 at Road America is on today, and because it is a road course, surprises may occur come out of nowhere.
6 photos

Besides, Chase Elliot comes after a win last week on Nashville and enters the race as the championship leader. He has all the right to feel like the favorite one for another victory.

Reigning Cup Series champion Kyle Larsson is the second favorite to win the race if we listen to the experts, followed by Kyle Busch. P2 in the championship, Ross Chastain could also do a good race and challenge for the victory.

Chase Elliot will start in P1, followed by Chase Briscoe and Kyle Larson.

22:12 UTC  NASCAR Cup Series delivers again with a beautiful race. We are happy for Reddick, but for now, we will let you prepare for tomorrow's celebration.

22:08 UTC  Tyler Reddick will have the best Fourth of July!

22:05 UTC  Tyler Reddick is congratulated by all the drivers after he conquers Road America. 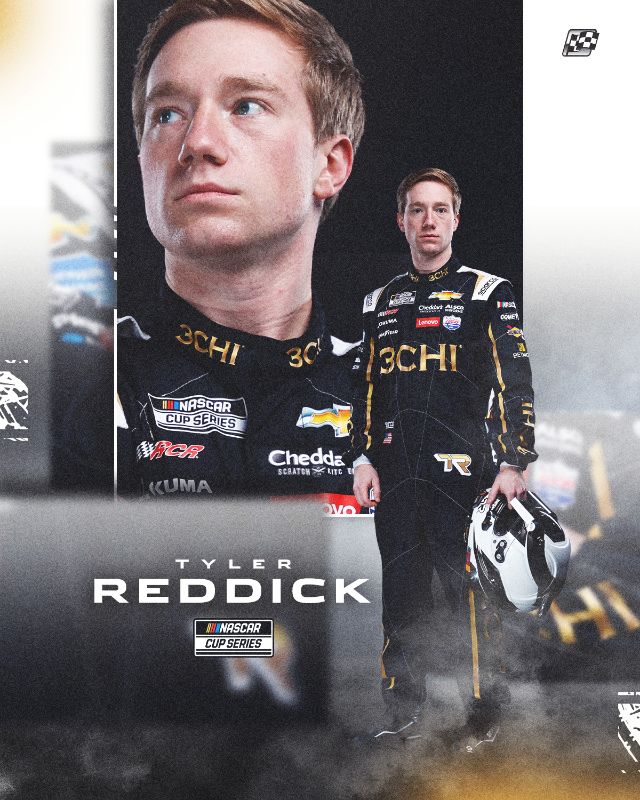 22:04 UTC  Tyler Reddick is a NASCAR Cup Series winner! What a incredible race from Tyler here at Road America. 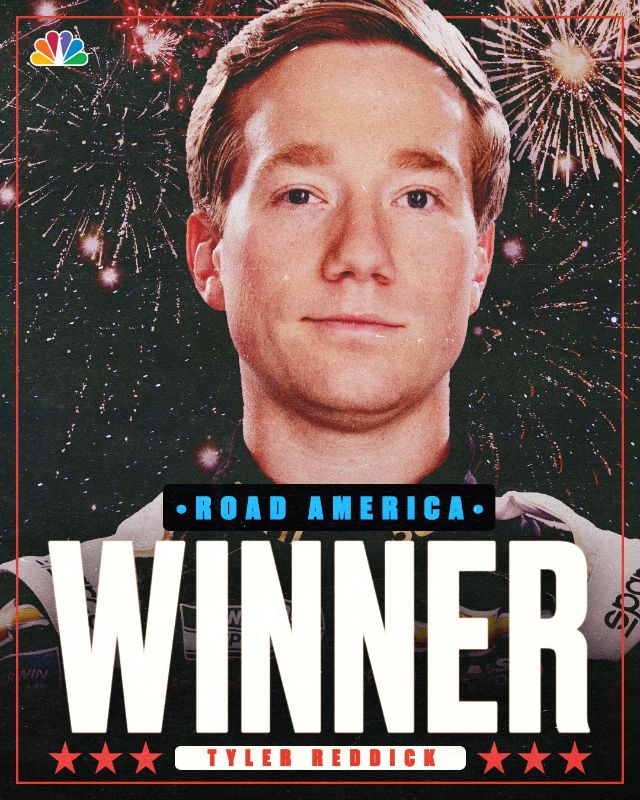 22:01 UTC  Austin Dillon has a left front tire down exiting Turn 4. He's slow and limping down the straightaway. Meanwhile, Reddick has a lead of more than four seconds.

21:55 UTC  In the middle pack, Ryan Blaney got pushed off-course while racing in traffic.

21:54 UTC  Reddick and Elliott are 15 seconds ahead of the rest of the field. With four laps to go, Tyler extends his lead to two seconds.

21:53 UTC  With five laps to go, the gap between Tyler and Chase is about one and a half seconds.

21:48 UTC  Meanwhile, Bubba Wallace has pulled off track in Turn 5. Looks like Wallace has suffered a mechanical failure, but he's behind the barriers and out of harm's way, so this won't affect the race as a whole.

21:48 UTC  With seven laps to go, Elliott is still close to Reddick, waiting for any mistake from the 26-year-old.

21:46 UTC  Reddick's crew is telling him that Elliott is burning his tires too much.

21:45 UTC  Elliott is closing in through the lower-speed sections of the course. The difference between those two is about half a second.

21:40 UTC  With ten laps to go, Elliott cut the difference to only 0.8 seconds of Reddick.

21:37 UTC  Chase Elliott is gaining some time over Reddick.

21:35 UTC  Reddick has now opened up a 1.4-second lead on Chase Elliott with 14 laps to go. Will today be the day where Reddick gets his first win?

21:29 UTC  Check out the battle that the top two drivers had over the lead.

21:27 UTC  Reddick has opened up a few carlengths on Chase Elliott.

21:26 UTC  Elliott missed the corner entering Turn 5 and that's how Reddick got by. Tyler Reddick now goes into defensive mode as Elliott tries to take the lead back.

21:26 UTC  And Tyler Reddick overtakes Chase Elliott for the lead of the race. What a move by Tyler!

21:25 UTC  Chase Elliott's car looks twitchy after that pit stop. Crew thinks that something might be wrong and something may have been left loose.

21:25 UTC  This is how close Reddick and Elliott were at the exit of the pit road.

21:22 UTC  Reddick is right behind Chase Elliott, waiting for an opportunity.

21:22 UTC  A race out of the pits between Reddick and Elliott. The race win could be determined by just half a carlength.

21:18 UTC  Kyle Busch has a pit road penalty for speeding. At the same time, Bell has a slow stop.

21:13 UTC  After coming out of the carousel, Christopher Bell got off the track.

21:08 UTC  Tyler Reddick is looking strong, but he is not able to keep up with Elliott race pace.

21:06 UTC  Kyle Larson sent Chastain off-track for a second. However, Ross Chastain was able to come back on track just behind Suarez, taking P4 back from him.

21:00 UTC  Out in front, Reddick is starting to put pressure on Chase Elliott for the lead. ONLY half a second separates the top two, with Reddick being able to close that gap in some of the lower-speed portions of the track.

20:56 UTC  Brad Keselowski has a pit road penalty after driving through too many boxes, while Kyle Busch has one as well because the crew went over the wall too soon.

20:55 UTC  Elliott, Reddick, Larson, Chastain, and McDowell back at the front. Green flag on Lap 33. Still half this race to go.

20:49 UTC  Kurt Busch beats Joey Hand and Erik Jones off of pit road among the cars that come to pit road. 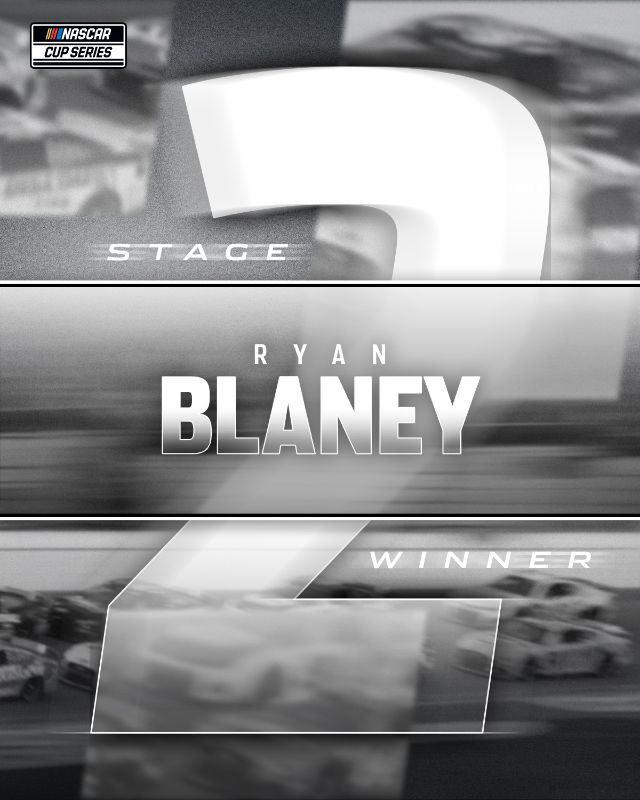 20:45 UTC  This is the fifth stage win of the season for Blaney. More points for Ryan, who has the most points of any driver without a win this season. 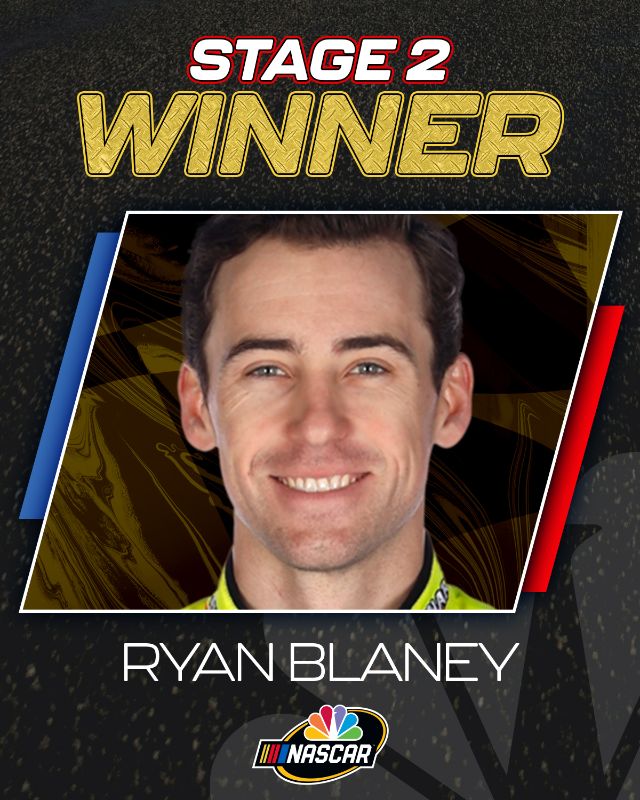 20:41 UTC  Ryan Blaney is holding up Joey Hand for the lead.

20:39 UTC  Chase Elliott enters the pit road, together with Reddick and Larson as well. Ryan Blaney will stay out to take the race lead, followed by Joey Hand and Ty Dillon.

20:37 UTC  Michael McDowell leads a pack of cars to the pit road.

20:34 UTC  At this time we should expect a few frontrunners to come to the pit road.

20:33 UTC  Meanwhile, with four to go in Stage 2, Elliott is driving fantastic, but he reported that his brake pedal is getting long.

20:32 UTC  After the incident with Bubba Wallace in Turn 5, Joey Logano has quite a bit of damage to his car.

20:31 UTC  Due to the battle between Larson and Reddick for the second spot, Elliott now has an advantage of almost five seconds.

20:29 UTC  While Kyle Larson was chasing Elliott, Tyler Reddick made the pass on Kyle for second place.

20:28 UTC  Spin at Turn 5. Joey Logano made contact with Bubba Wallace and sent both of them around. They both drive off and keep going.

20:27 UTC  Chase Elliott is holding his ground against Larson, having a constant two-second advantage over him.

20:17 UTC  Gilliland got sideways on the final corner exit while racing with Kevin Harvick for P18. But, he controlled the car like an expert.

20:15 UTC  Another pit road penalty for Denny Hamlin because he drove through too many boxes. Hamlin has 26 pit-road penalties this year.

20:13 UTC  The green flag is out again on Lap 18, with Elliott taking the lead back. However, Kyle Larson is right there with him.

20:10 UTC  Chase Briscoe wins the race off pit road. Austin Cindric had to back up to get out of his stall and loses three places.

20:02 UTC  Chase Briscoe picks up a playoff point by staying out to win Stage 1. 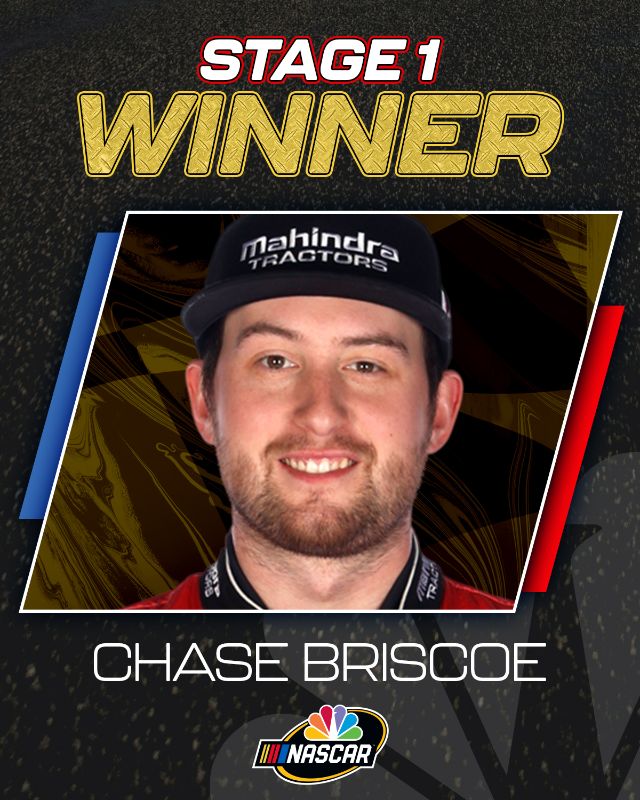 20:02 UTC  However, Briscoe is fast enough to win Stage 1 ahead of Cindric.

20:01 UTC  With one to go in Stage 1, Austin Cindric is trying to catch and overtake Briscoe for the lead.

20:00 UTC  Pit road penalty for Denny Hamlin. Drove through too many pit stalls on pit exit.

19:59 UTC  Meanwhile, second place Briscoe stays out and takes the lead. As a result, he is commited to stay out for the rest of the stage.

19:59 UTC  Chase Elliott called to pit road. Elliott's team saw the amount of cars that came to pit road that last lap and decided to have Elliott pit now to not lose track position by pitting under caution.

19:54 UTC  With Chase Elliott doing a fantastic job out in front, we are still waiting to see who will make the first move in the strategic war.

19:53 UTC  When you see this climb you understand why Road America is such a beautiful circuit. 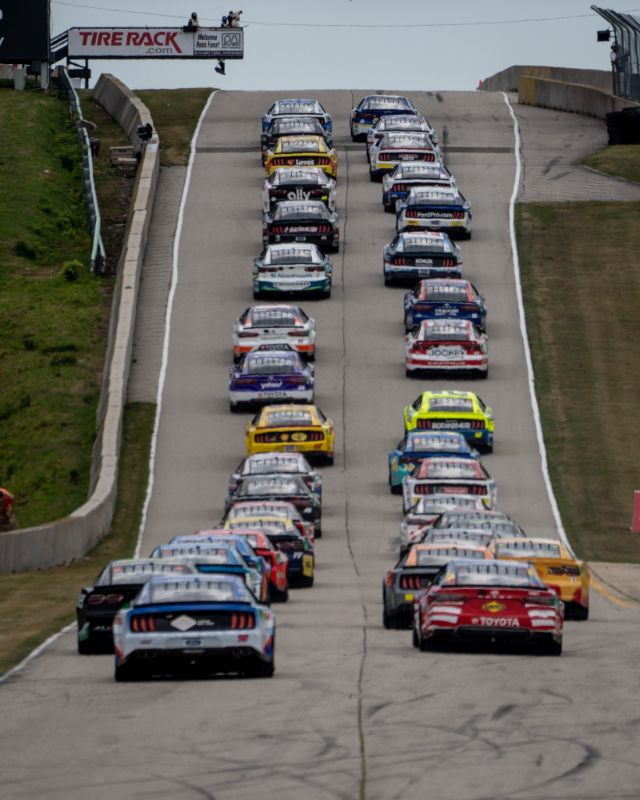 19:49 UTC  Be prepared for some strategic calls in the last five laps of Stage1.

19:48 UTC  Chase Elliott puts on a superb driving show, pulling away from Briscoe every lap.

19:45 UTC  Check out the incident between Busch and Almirola from a few laps ago.

19:43 UTC  Corey LaJoie is able to fix the car, but he is five laps down. Chase Elliott continues to lead with 8 of 15 laps in Stage1 complete.

19:39 UTC  Incident at Turn 3! Aric Almirola and Kyle Busch made contact. They are able to continue, but they find themselves at the back of the grid.

19:35 UTC  Elliott continues to lead, but something is still wrong with his steering. Brad Keselowski has fallen off from P11 to P17.

19:33 UTC  Another lap is completed and Chase Elliott is extending his lead over the attackers behind.

19:32 UTC  Chase Elliott led the opening lap and now has a good lead on Chase Briscoe. Meanwhile, Corey LaJoie took his car behind the wall with an apparent mechanical problem.

19:30 UTC  Elliott, who raised concerns about a steering issue on the pace laps, is able to hold on to his lead by Turn 3.

19:29 UTC  However, Chase Briscoe is able to make up the deficit and is now right next to Elliott.

19:29 UTC  Chase Elliott has a great start and gets a big jump over the restof the field.

19:28 UTC  Green flag is out and we are racing here at Road America.

19:15 UTC  We have clouds in the sky, so maybe it is a possibility that we will see some rain later in the race.

19:04 UTC  Chase Elliot will start from P1 and is the defending winner of this race. At the same time, he comes to this race as the Nashville race winner.