2 VW Beetle Gets Catfished, Could Swallow Four Adults in One Go

3 VW Jetta GLI: A Look Back at the Sporty Compact Sedan With Golf GTI Roots

The Volkswagen ID.4 could play an important role as far as the German brand's future on the North American market is concerned, and even if the company will undoubtedly improve its models constantly, making a good first impression is important.
17 photos

Yes, Volkswagen has been selling cars here for years, but the ID.4 is its first electric model that looks to mark the beginning of a new era in the carmaker's history. Back in 2015, the industry's transition toward EVs had already started, but Volkswagen received an unexpected catalyst in the form of the Dieselgate scandal. Following the TDI emissions row, the Wolfsburg-based manufacturer was left with no option but to put all of its chips on EVs.

The products of that decision are only now beginning to show, but many more battery-powered models are expected to debut over the coming years. For now, though, Volkswagen only has three on sale: the ID.3, available in Europe and China, the ID.6, available exclusively in China, and the ID.4, available in all three major regions.

The fact the ID.4 can also be bought in Europe means the safety organism there, Euro NCAP, has already evaluated the electric crossover's crashworthiness. Unsurprisingly for an EV, the Volkswagen compact SUV scored 93% for adult occupants, 89% for child occupants, 76% for "vulnerable road users" (pedestrians), 85% in the more recently added "safety assist" category - all very good results.

Now, the U.S. equivalent (sort of) of Euro NCAP, the Insurance Institute for Highway Safety (IIHS) has also put the ID.4 to the test, and the results are just as favorable as they were on the other side of the Atlantic. The 2021 Volkswagen ID.4 earned the TOP SAFETY PICK+ award, which is the highest available rating.

Give the clips a good look but remember that seeing deformation and destruction is good. That's how you know the force of the impact is being absorbed by the things around the people in the car, and not the people themselves. It may look a mess, but it's better the car does rather than anyone inside it. 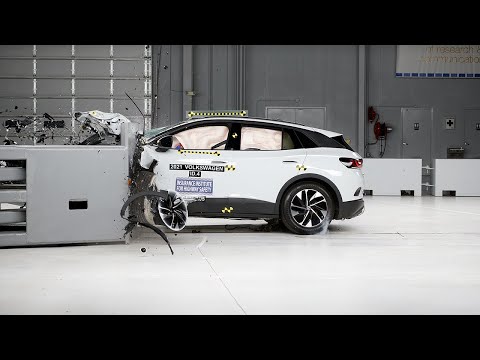 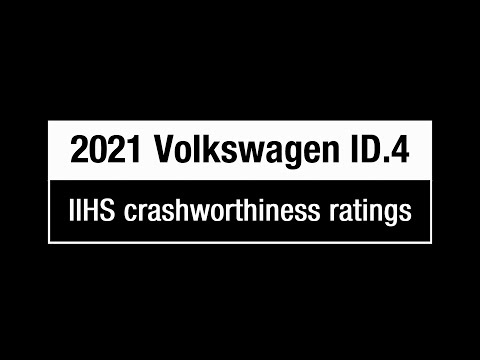 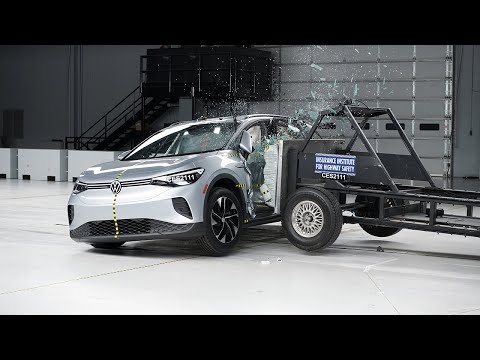 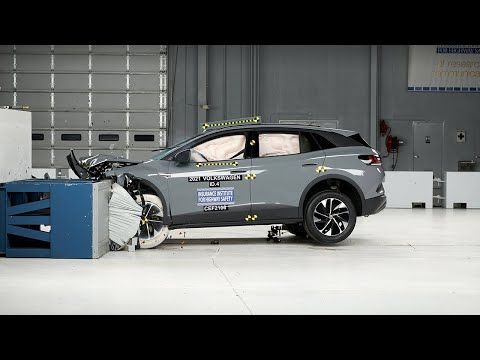