Big Oil Will Ditch Fossil Fuels in Favor of Ammonia and Hydrogen, Not Batteries
Imagine having a display of all the Hot Wheels Treasure Hunt and Super Treasure Hunt models ever released. That adds up to about 600 vehicles, give or take. And there's a strong chance that you would need to spend more than $10,000 to get to that level. We might just look into the matter more closely and get back to you with a more accurate figure. Until then, let's continue analyzing the 2013 STH series, following yesterday's part one of the story.

For years and years now, Mattel has been releasing 15 Super Treasure Hunt models every year. That's more than one item per month, which used to be the case before 2011. The question is, will the diecast manufacturer push the envelope even further than that soon?

Or would that simply overload the market? We're already quite bombarded by a large variety of cars with all the different collections going on, and it can be a bit financially stressful to keep up with the market. But more about that some other time. There are still eight more collectibles to go through for this story, so let's get to it.
’62 Corvette
While the Bone Shaker won the popular vote in 2013, the '62 Corvette dropped straight to the bottom of it. Chances are that things would look completely different if people would express their opinions on the matter today.

This casting was only used by Mattel between 2009 to 2013, and the Spectraflame Teal STH was the last one to hit the market back in the day. We're not sure at this point if the diecast manufacturer will be reviving this casting anytime soon, but the Corvette community would probably buy it in a heartbeat if it showed up in stores.

And the market value of this STH provides strong evidence to support its present-day appeal. The rare Short Card version will cost as much as $380, while the more affordable items are listed for about $95. Just be sure you'll be able to spend at least $800 more for the remaining nine variations of this casting.
Toyota 2000 GT
The Toyota 2000 GT is one of the most expensive Japanese cars you can buy today. It's as rare as some high-end Ferraris, and it's revered by collectors around the globe. Hot Wheels asked Jun Imai to design their take on the classic icon, and the First Edition model came out in 2013.

That means the Super Treasure Hunt was quite early to the party, but it did a great job of outshining the standard variation. Mattel painted it in Spectraflame Red and fitted Real Riders 10-spoke wheels on all four corners.

Even though black wheels aren't always the best way to go, the chrome lip saved the day. This STH can cost as much as $165, but you shouldn't lose all hope if you can only afford to spend $50 to get one. There are only 11 other variations of this casting on the market, and some of these can have an even more prohibitive price tag!
’72 Ford Ranchero
If you loved the '71 El Camino from part one of our story, then you'll probably drool over the sight of the '72 Ford Ranchero. The choice of colors wasn't as poor as with the El Camino, as Mattel opted for a Spectraflame Purple base color with purple, pink, silver, and white stripes going down the sides and the hood of the car.

There are only a few other variations of this casting that can hope to compete against the STH, and one of them is the 2016 Car Culture: Trucks version in Pearl Dark Red. Despite getting fewer votes in the popularity contest compared to the 2000 GT, some Rancheros will require a bigger financial effort.

The most expensive one we've come across on eBay is listed for almost $210, while some sellers will give it to you for just $25. The good news is that all the other variations of this casting are reasonably affordable, so getting all of them shouldn't be that difficult.
’69 Camaro
The '69 Camaro was the only convertible Super Treasure Hunt model for 2013. This casting has been around since 2006, and Mattel had Phil Riehlman working on the project before its release. Since its official debut, the diecast manufacturer has released a total of 45 variations of this model.

A retooling occurred in 2015, but by then, there were two Super Treasure Hunt iterations on the market already. The first one showed up in 2012 and featured a Spectraflame Black paint job and 5-Spoke Mag-Style Real Riders wheels.

The 2013 version that we're looking at today had the same wheels but was painted in Spectraflame Red instead. Some eBay users are looking to get as much as $300 for one of these items, while others will gladly take $40 if that's how much you are willing to pay for it.
’67 Camaro
{fullimgx}

Mattel came up with two Camaro STH models in 2013, but neither of them was all that impressive. The '67 Camaro featured a Summit Racing livery and was deemed to be less popular than the '72 Ford Ranchero. Still, you have to acknowledge that this is perhaps one of the most successful Hot Wheels castings of all time.

Larry Wood designed it in the early '80s, as it made its debut back in 1983! There are so many variations of it going around that it deserves a story all for itself one day soon. Still, the fact remains that the 2013 Super Treasure Hunt version isn't even half as impressive as the 2017 model we talked about recently.

The strange part is that Mattel released two color versions: black and gray. Pricewise, these tiny Camaros can set you back between $70 to $115 per item, so you might as well double that if you're going to have both.
’10 Toyota Tundra
The second JDM vehicle in the 2013 Super Treasure Hunt series also happens to be a Toyota, just like the first one. But instead of a classic sports car, this time we're looking at the mighty Tundra pickup truck! Jun Imai designed the '10 Toyota Tundra for its 2012 release, and in the grand scheme of things, this casting is quite rare.

You'll find 11 variations of it on the market, and they'll make your other diecast cars feel tiny by comparison. The Spectraflame Dark Red body was mostly covered with gray and black tampos, but that didn't stop people from voting it the third most popular STH for 2013.

With a price range of $35 to $55, this is one of the more affordable Super Treasure Hunt items out there. And it would go nicely next to the two Toyota Off-Road Trucks we talked about in a previous story.
’07 Ford Mustang
Back in 2013, collectors must have been surprised to see two S-197 Mustangs making it to the Super Treasure Hunt series. The one that we talked about in part one of our stories was a special Supersnake model, but the color combo was less than impressive.

Thankfully, the '07 Ford Mustang was considerably better with its Spectraflame Green paint job and 5-Spoke Mag-Style Real Riders wheels. Mattel used it as a Super Treasure Hunt in 2014 as well, but the casting has been off the grid since 2019.

This may come as a shock to you, but the Lamley vote wasn't all that favorable for the '07 Mustang as it was one of the least popular STH models that year. That doesn't mean you'll be able to get it all that cheap today, as some listings have it sitting at $100 or more. With any luck, you might win an auction with a $40 bid if you go in at the right time.
’71 Dodge Demon
The last 2013 Super Treasure Hunt model is the '71 Dodge Demon. We recently saw this in the Ultra Hots series, where it was painted in a special shade of Spectraflame Watermelon. Since the casting's debut back in 2009, Mattel has released over 20 variations of it.

And the 2013 version was the second most popular STH, having scored more votes than the '64 Buick Riviera. The Short Card version is the most expensive, as you would expect. After all, finding these isn't as easy, hence the increased demand.

Paying upwards of $160 for one of these isn't completely unexpected, but the Long Card variation can go as low as $30. But all that won't matter to you if you prefer to set them all free so that you can also play with them when you feel like it.

If you're keen on getting the complete 2013 Super Treasure Hunt collection, you'll spend between $615 and over $2,000, depending on several factors. Of course, you can go down the easy route and try to locate the complete 2013 STH set. We've managed to find one for $750, which equates to an average of $50 per item. So if you don't have the patience or negotiating skills to pick them up one by one, we would suggest this approach instead. 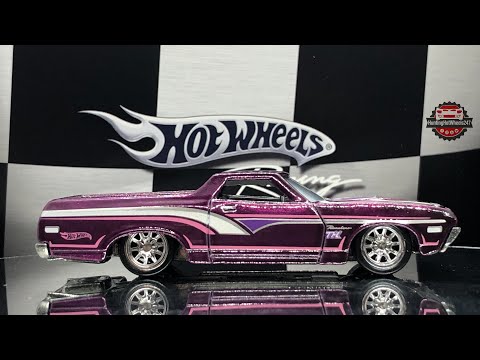 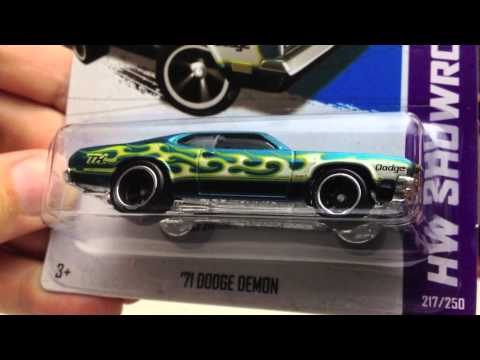